It has been the most unusual weather this spring. I thought winter would never end with a late snow occurring at the end of February with temperatures in the teens.  March wasn't much better with only 10 days without rain, which has continued into April. It has really limited my ability to get anything done and I am very late getting the vegetable garden started this year. 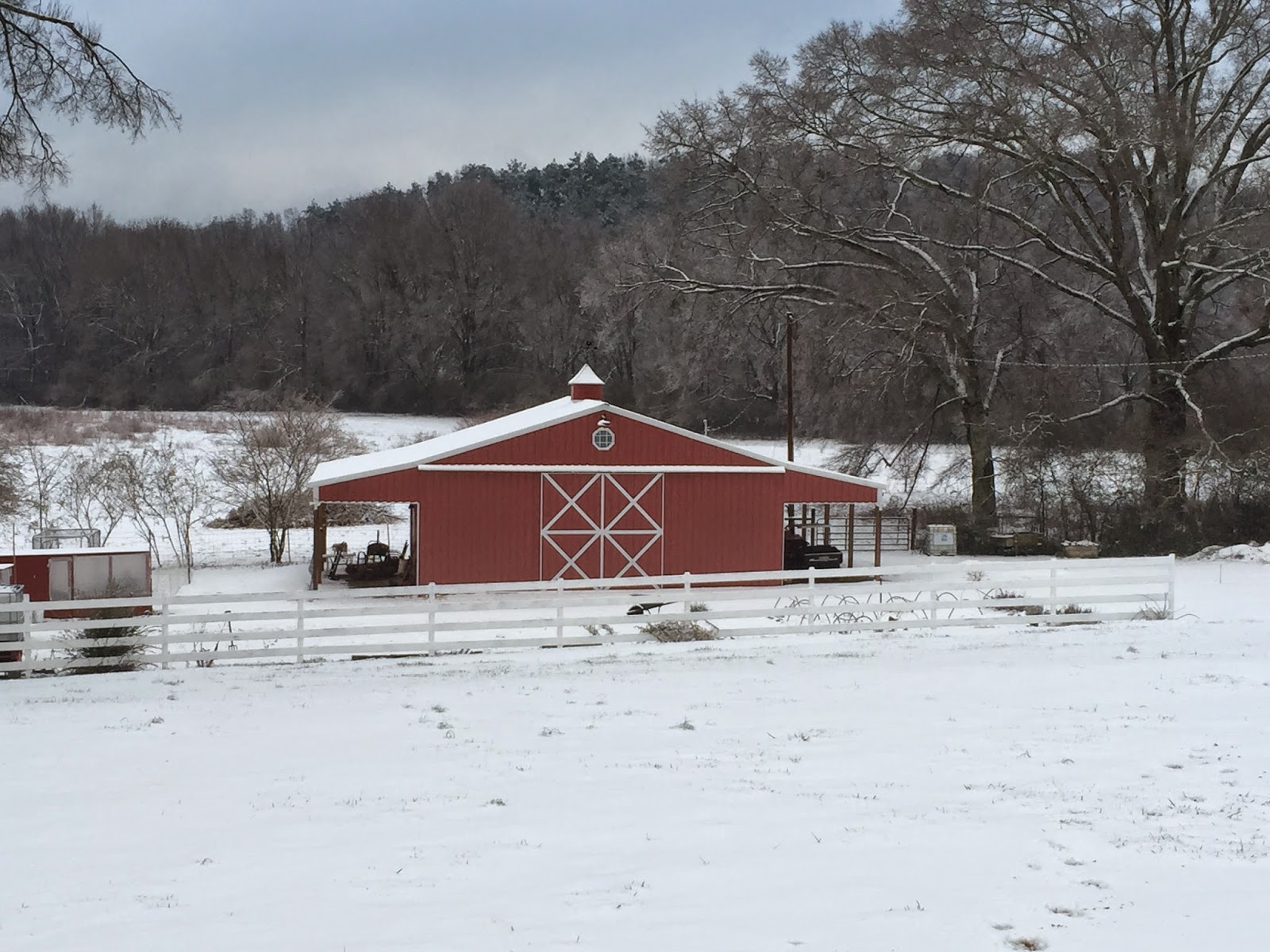 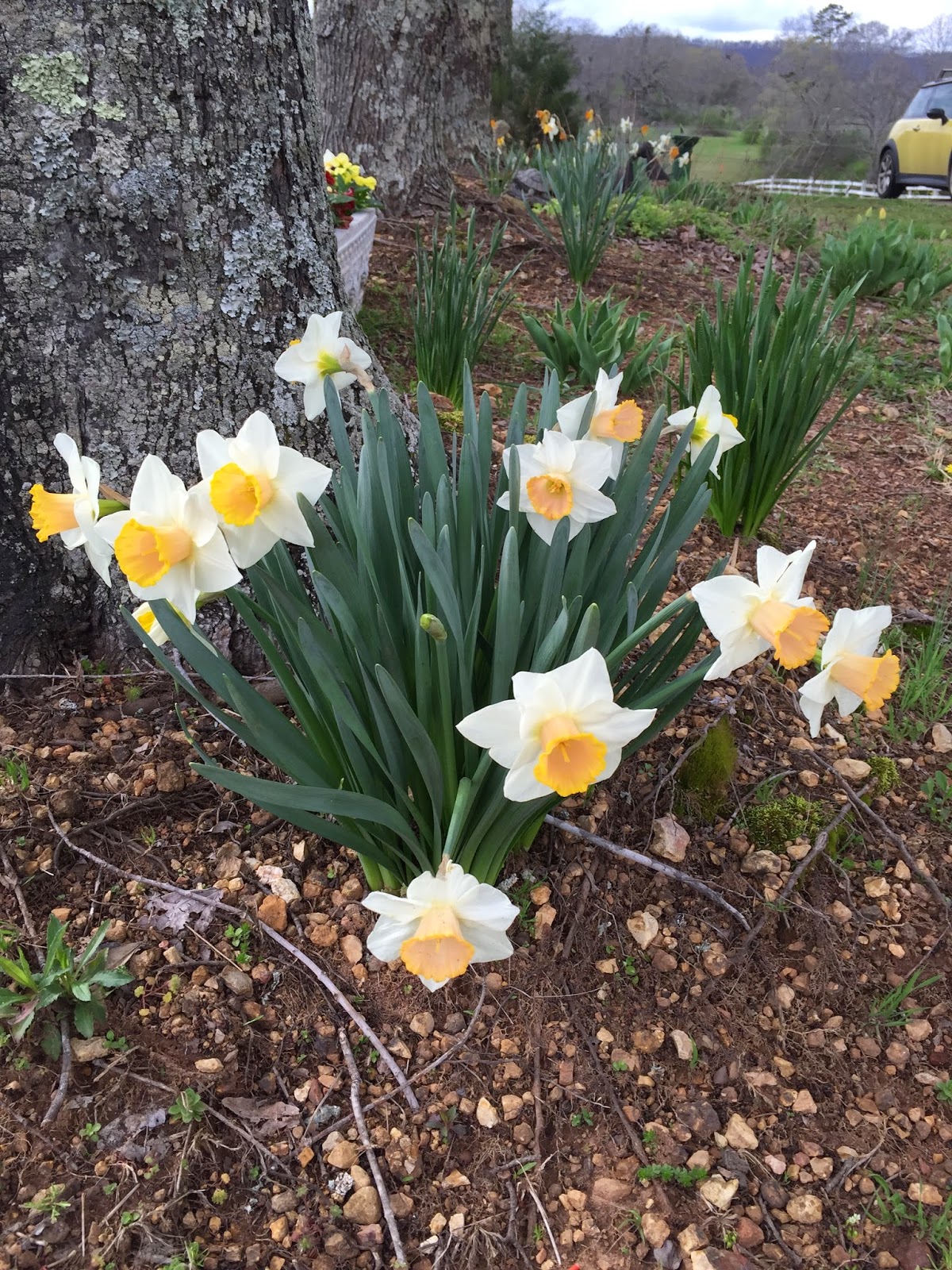 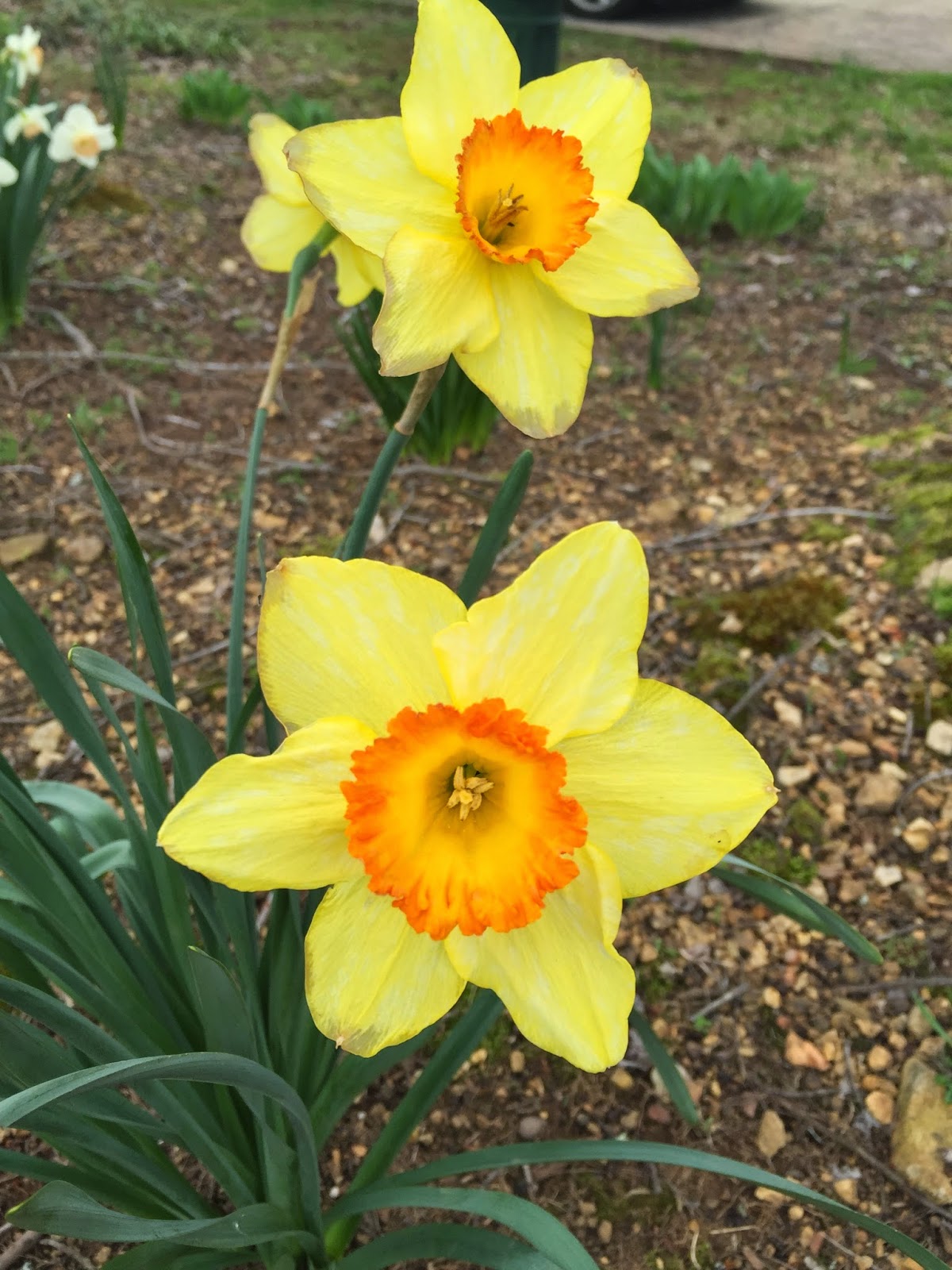 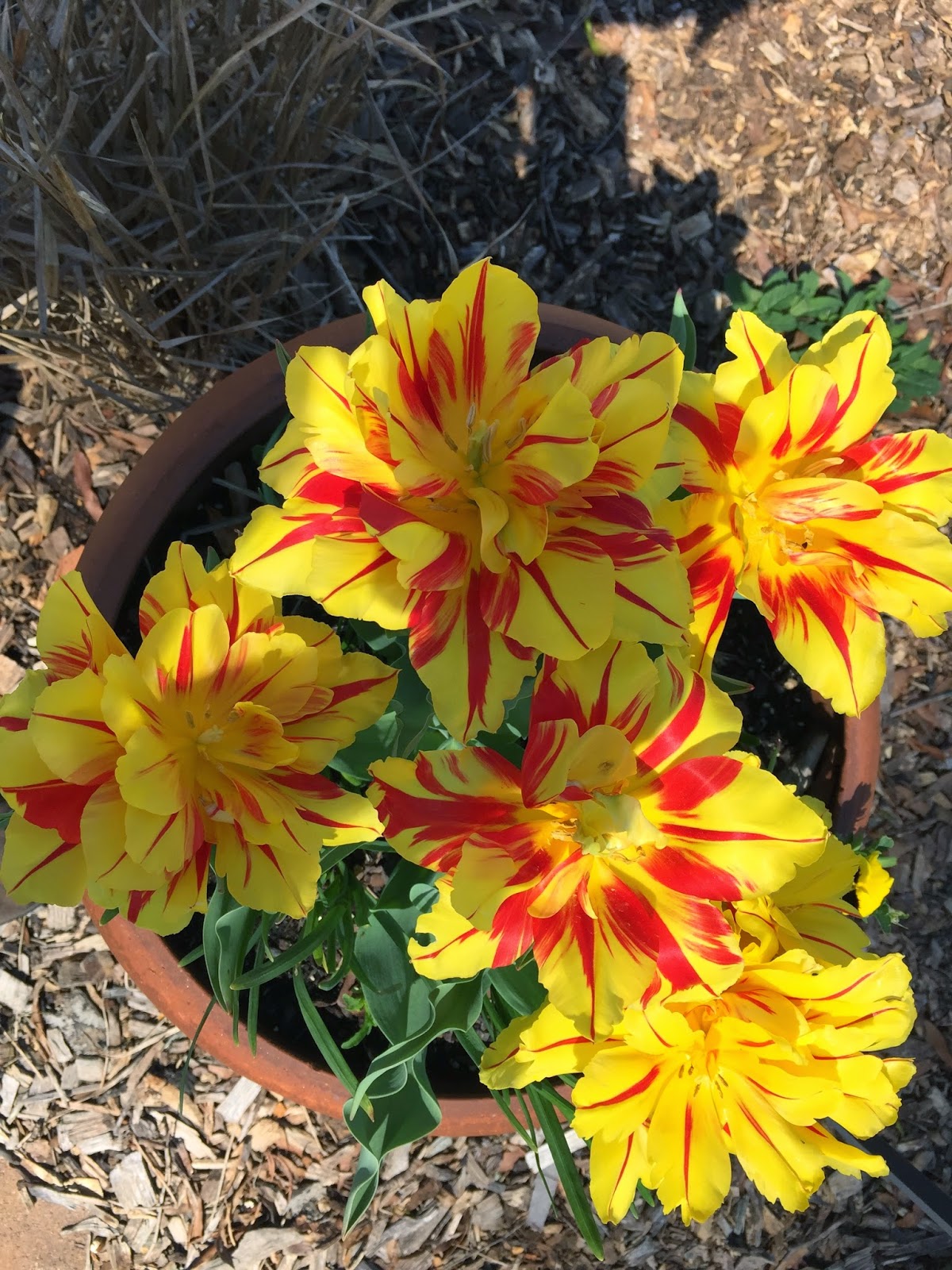 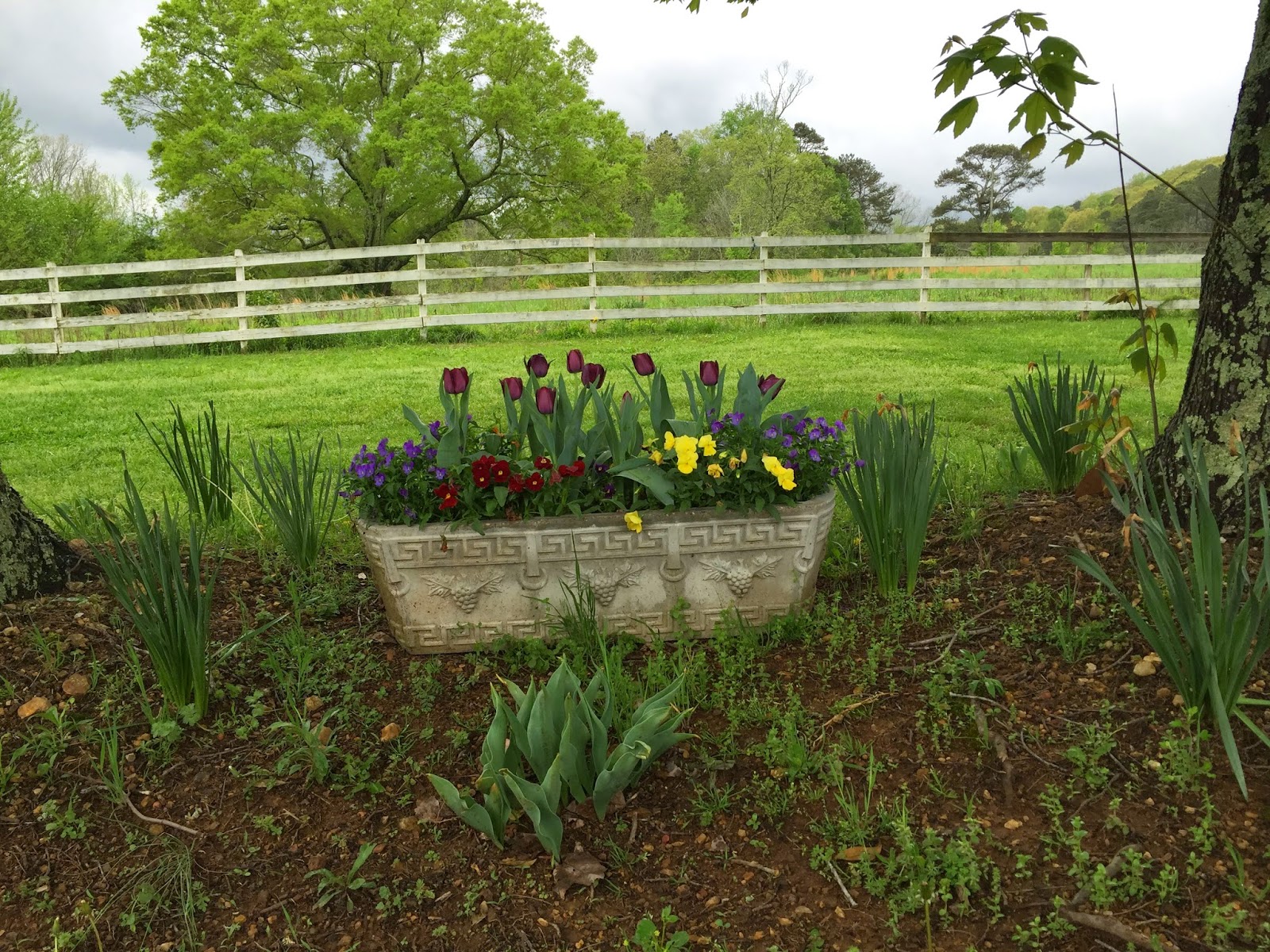 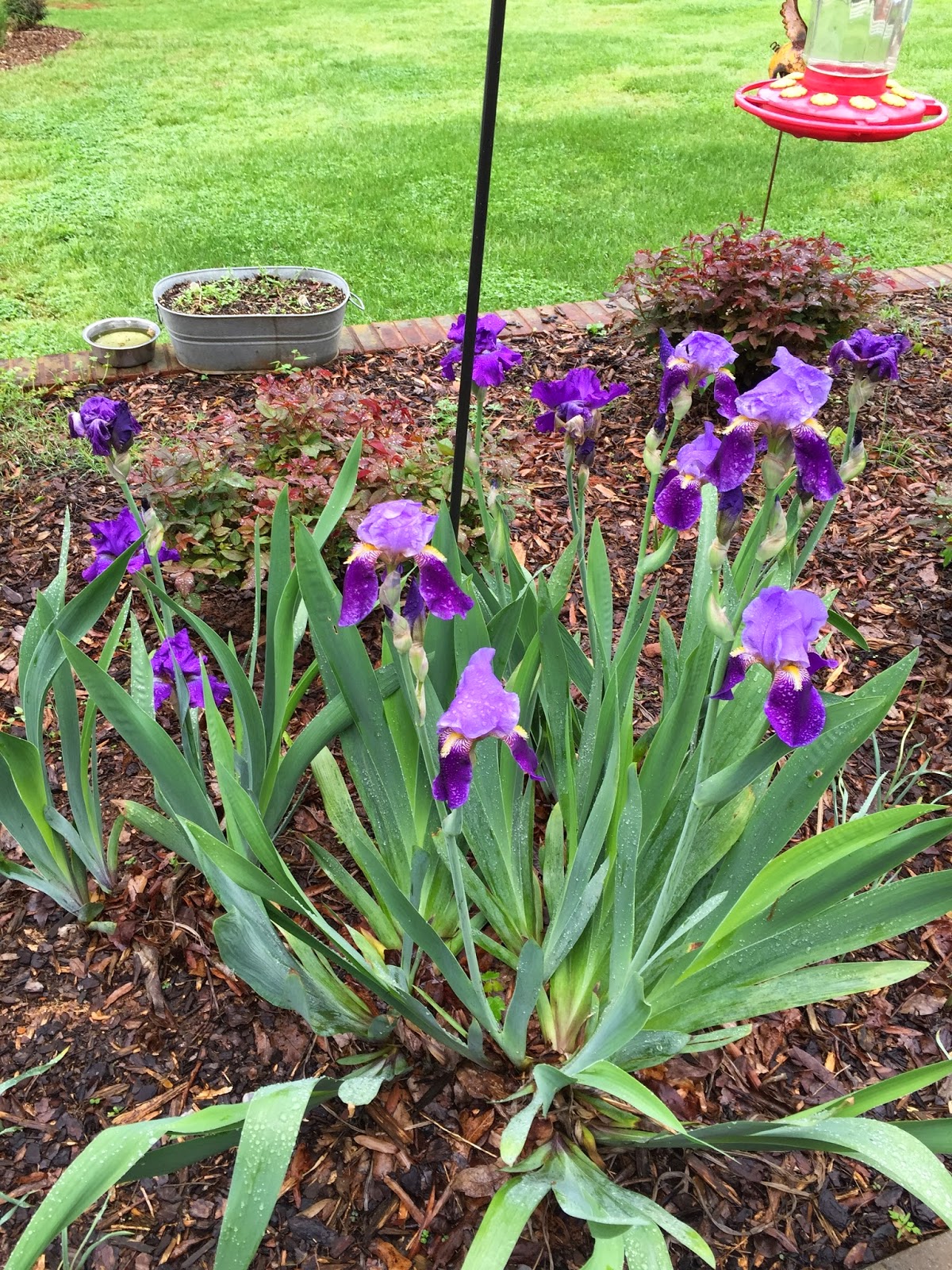 Last fall I started my Espalier Fruit tree project. I installed telephone posts at each end
and then put in 4x4 posts every 18 feet which would accommodate two trees between posts. Early this spring I ran three strands of high tensile wire at 3, 5, and 7 feet. A friend gave me some gigantic turnbuckles which I used to tightened the wire and which would allow me to tightened over time as needed. 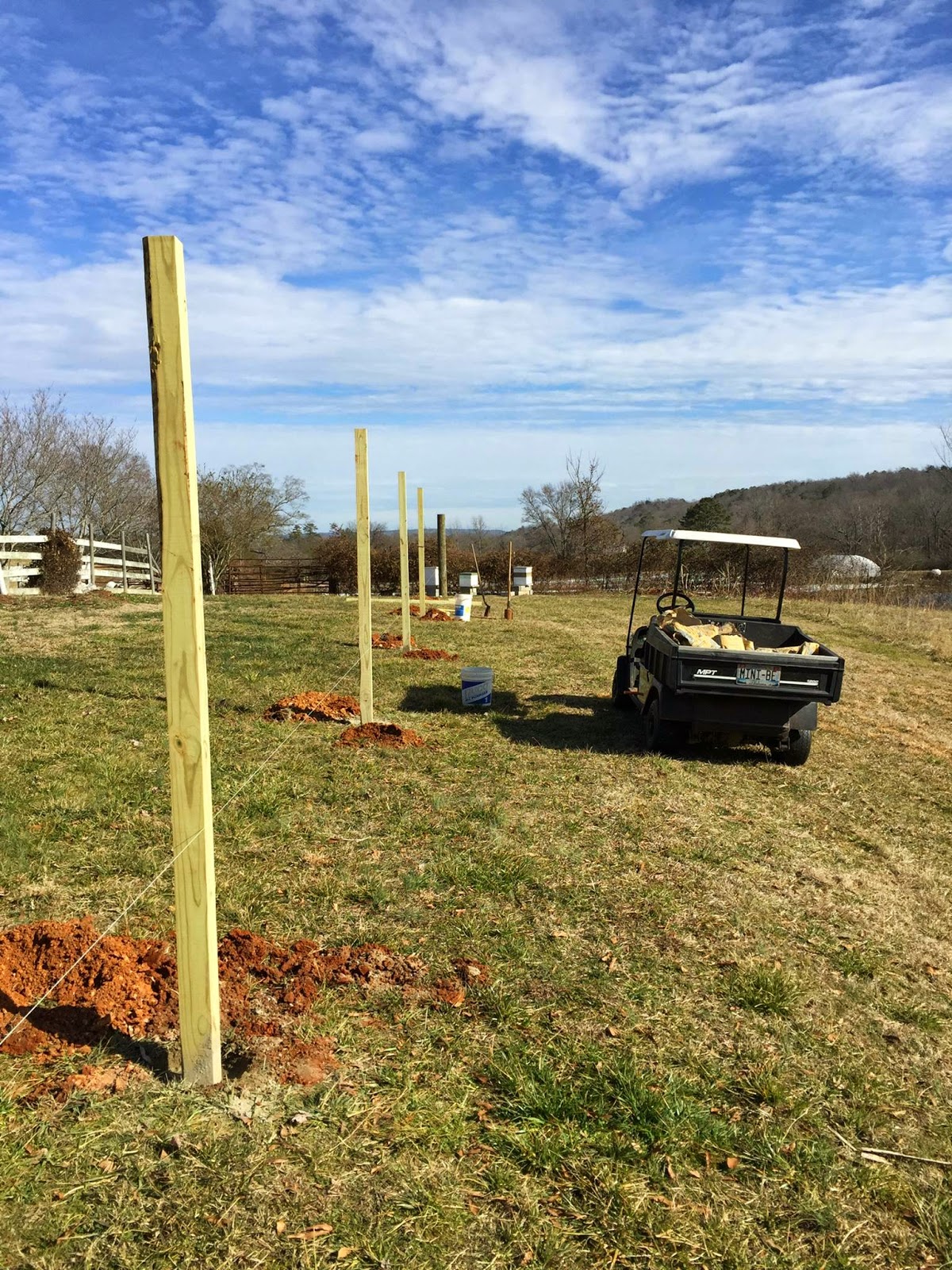 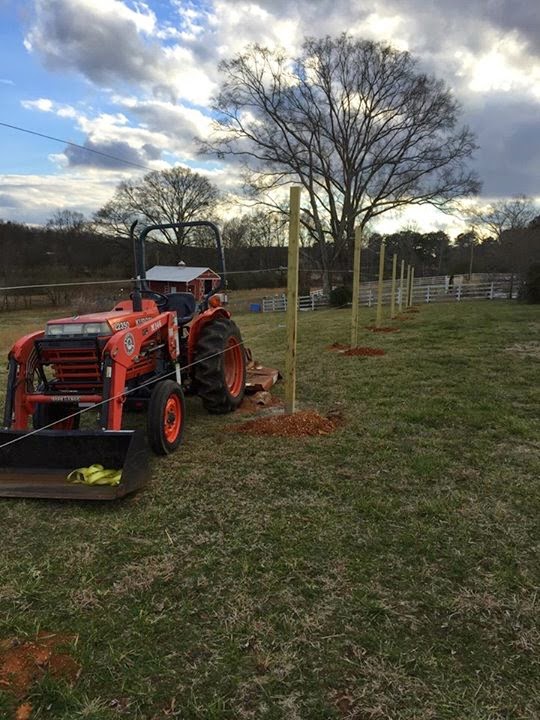 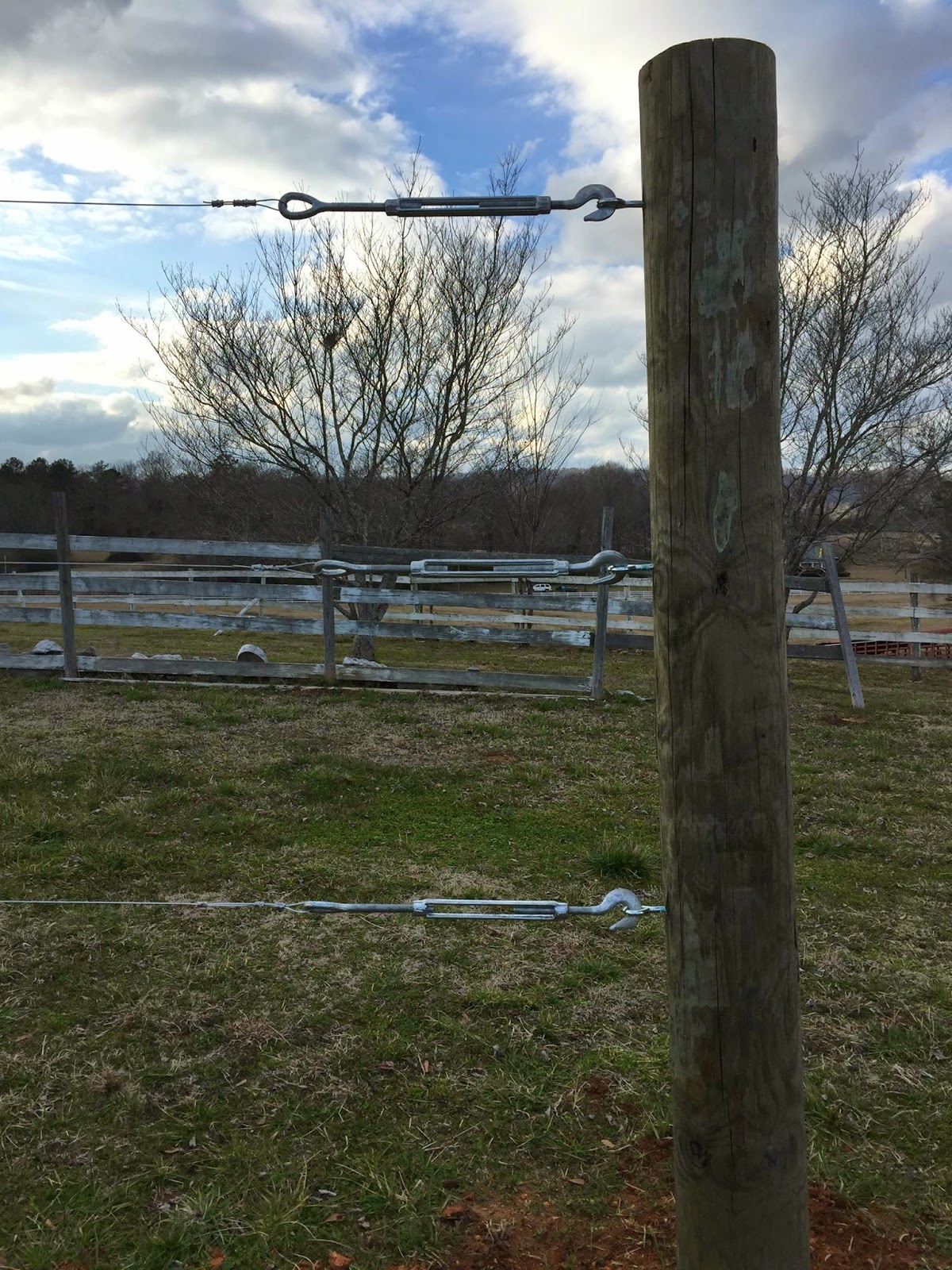 In February, we went to Petals from the Past in Jemison, Al. to pick up our fruit trees, we purchased 11 different apple trees and two asian pears. We have planted them in the order they produce fruit, earliest to latest. 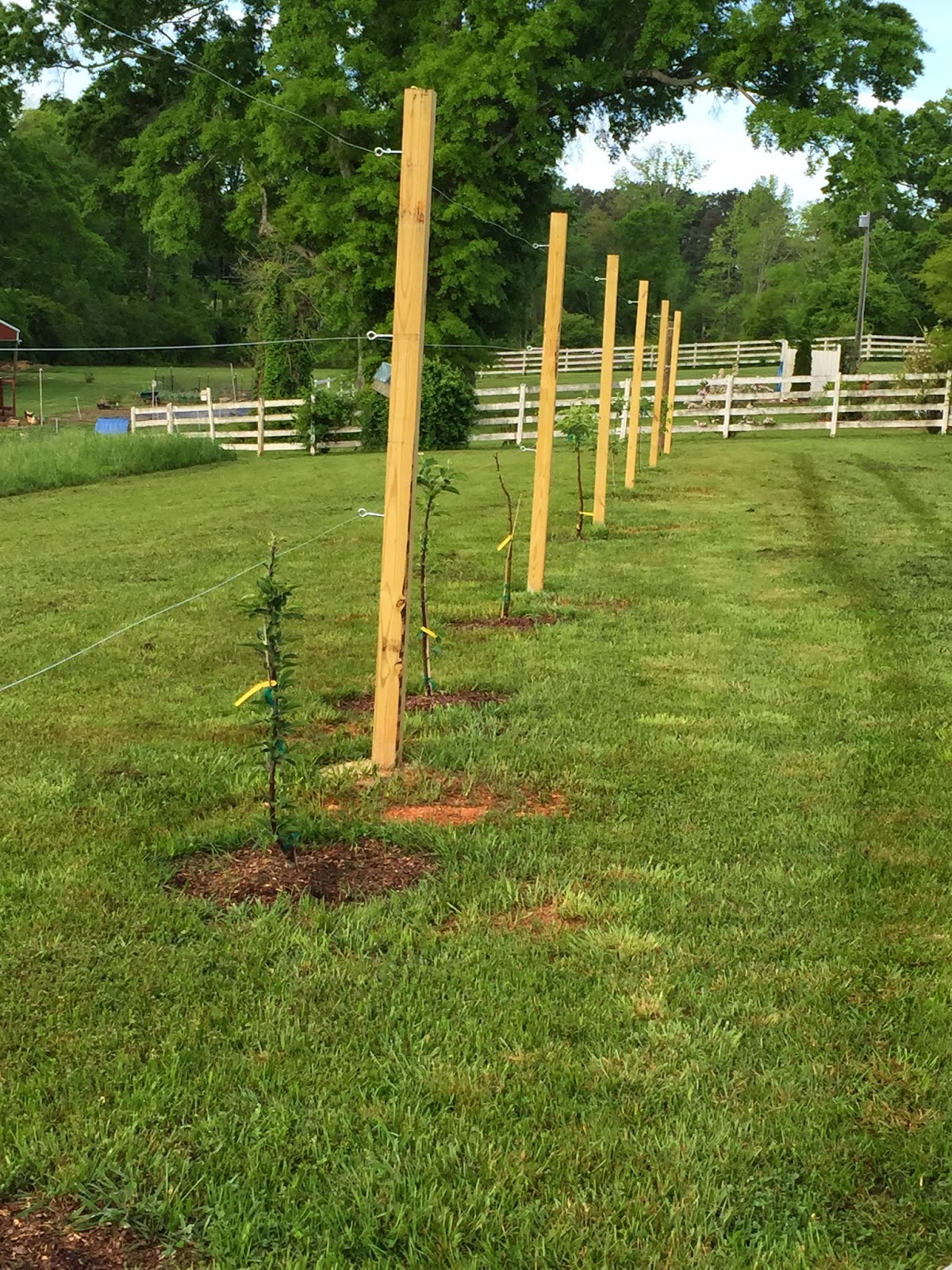 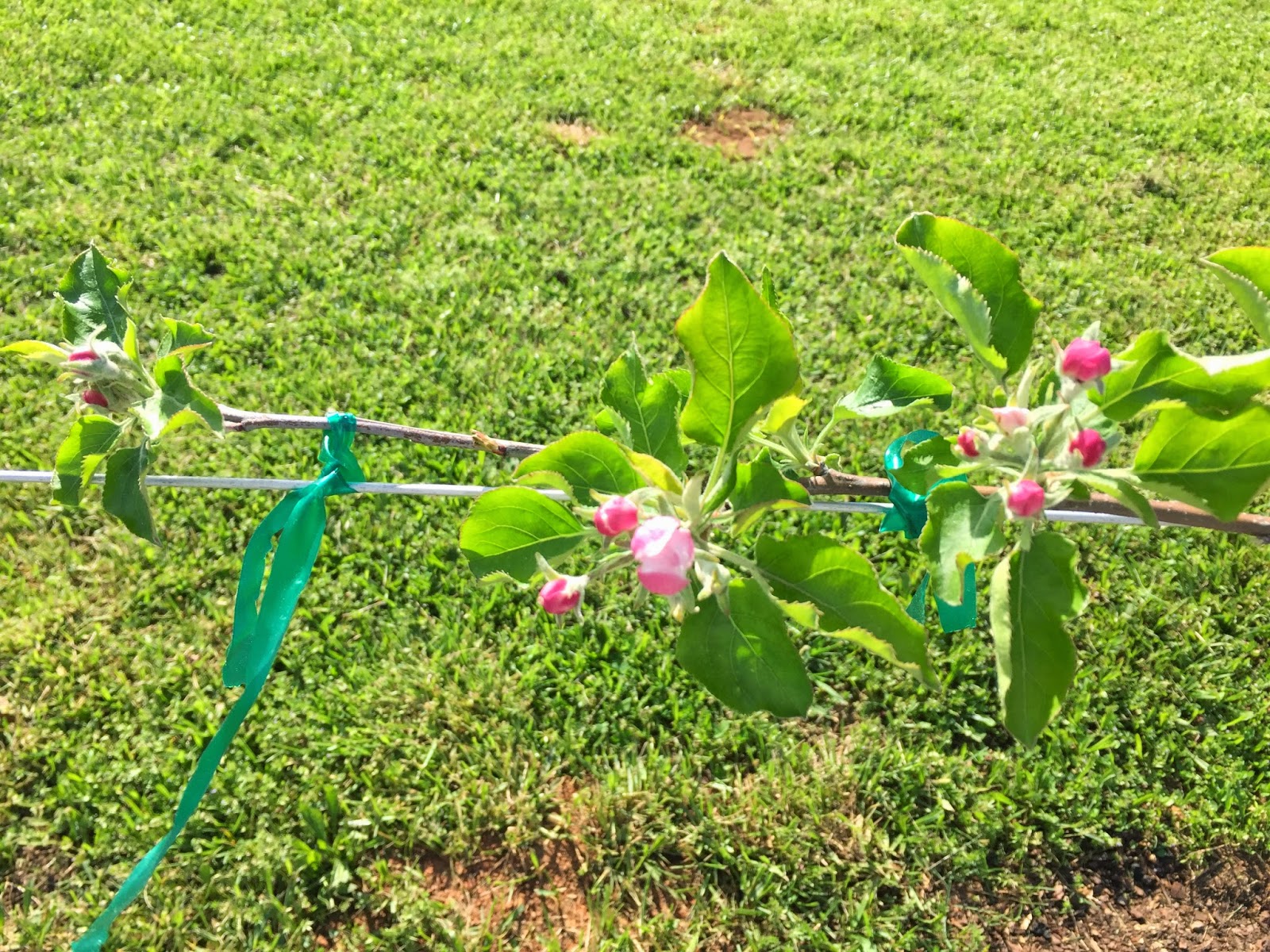 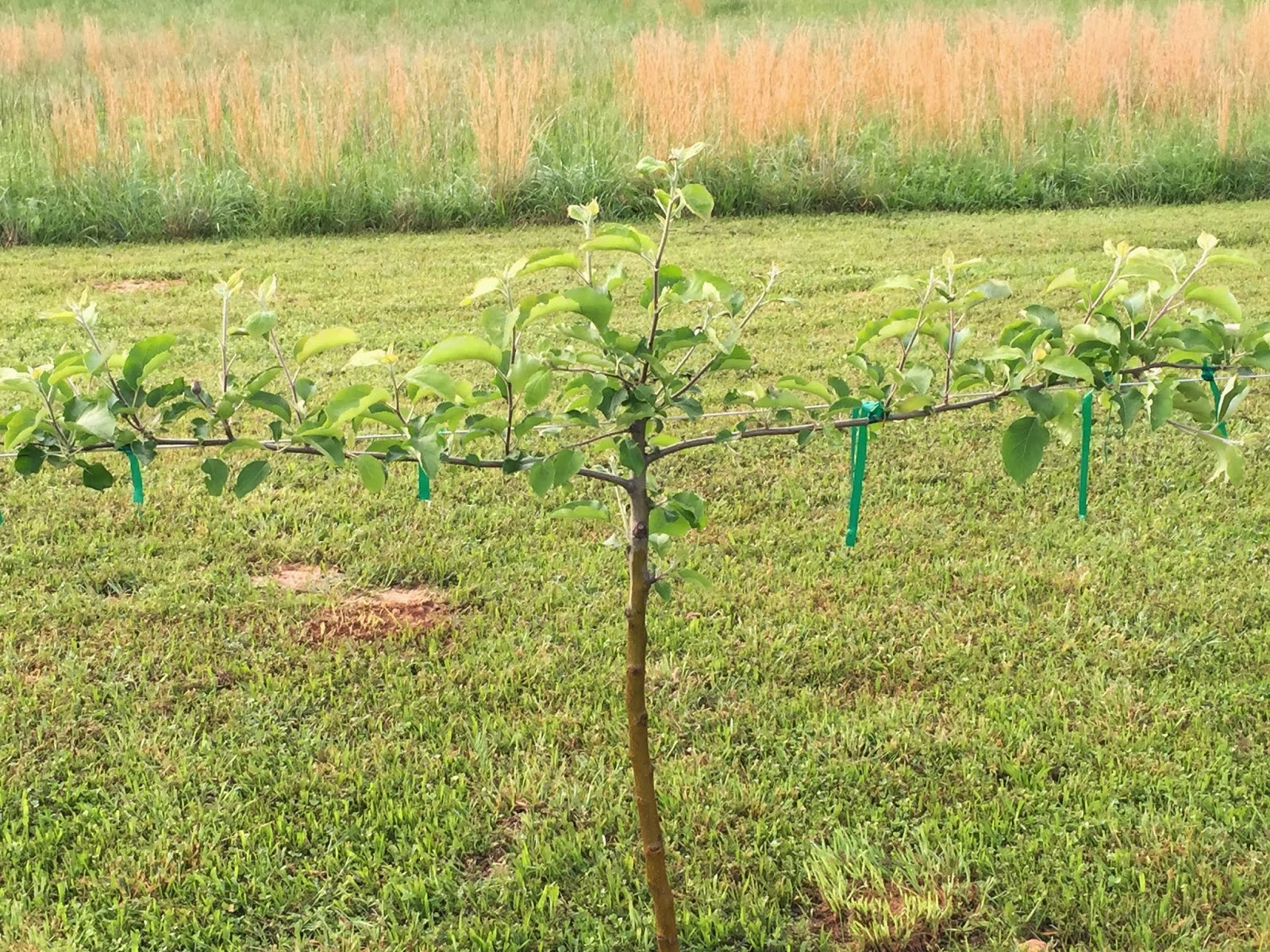 Hopefully in about three years we will have all trees producing fruit. They are all on dwarf root stock which will produce fruit earlier than conventional root stock.  I will continue to prune the trees until they reach the uppermost wire at which time I will top them out and prevent any further vertical growth. 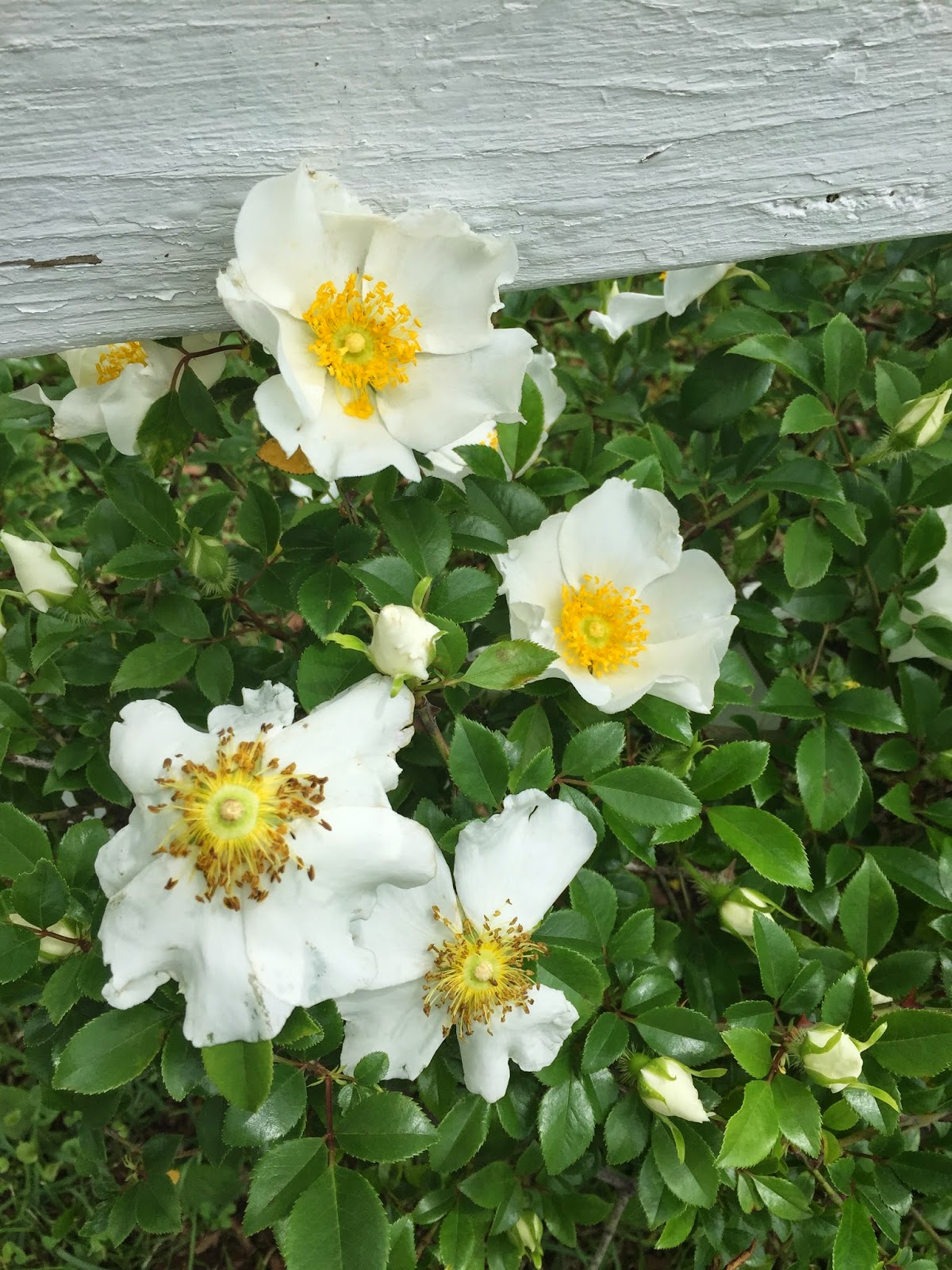 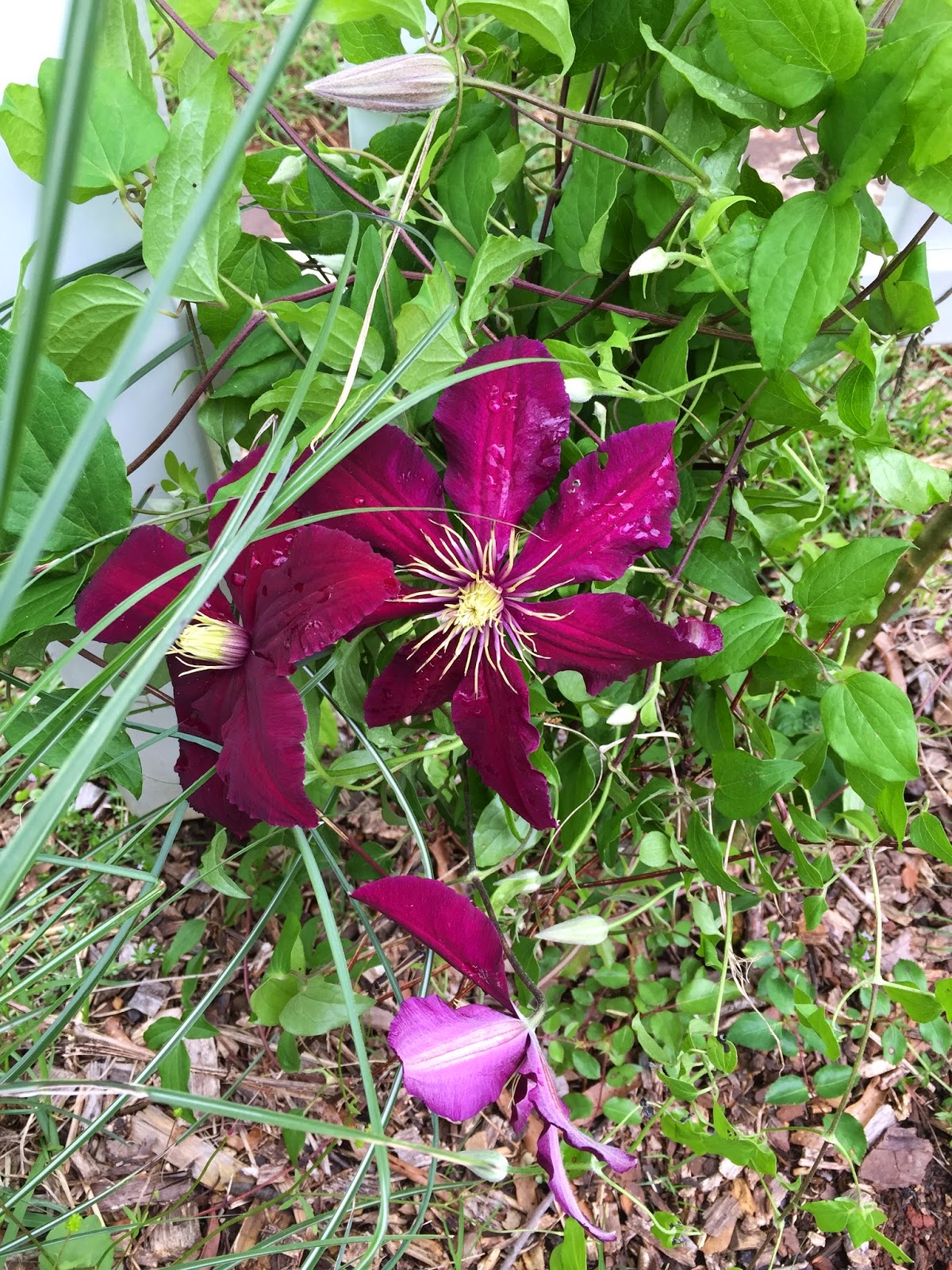 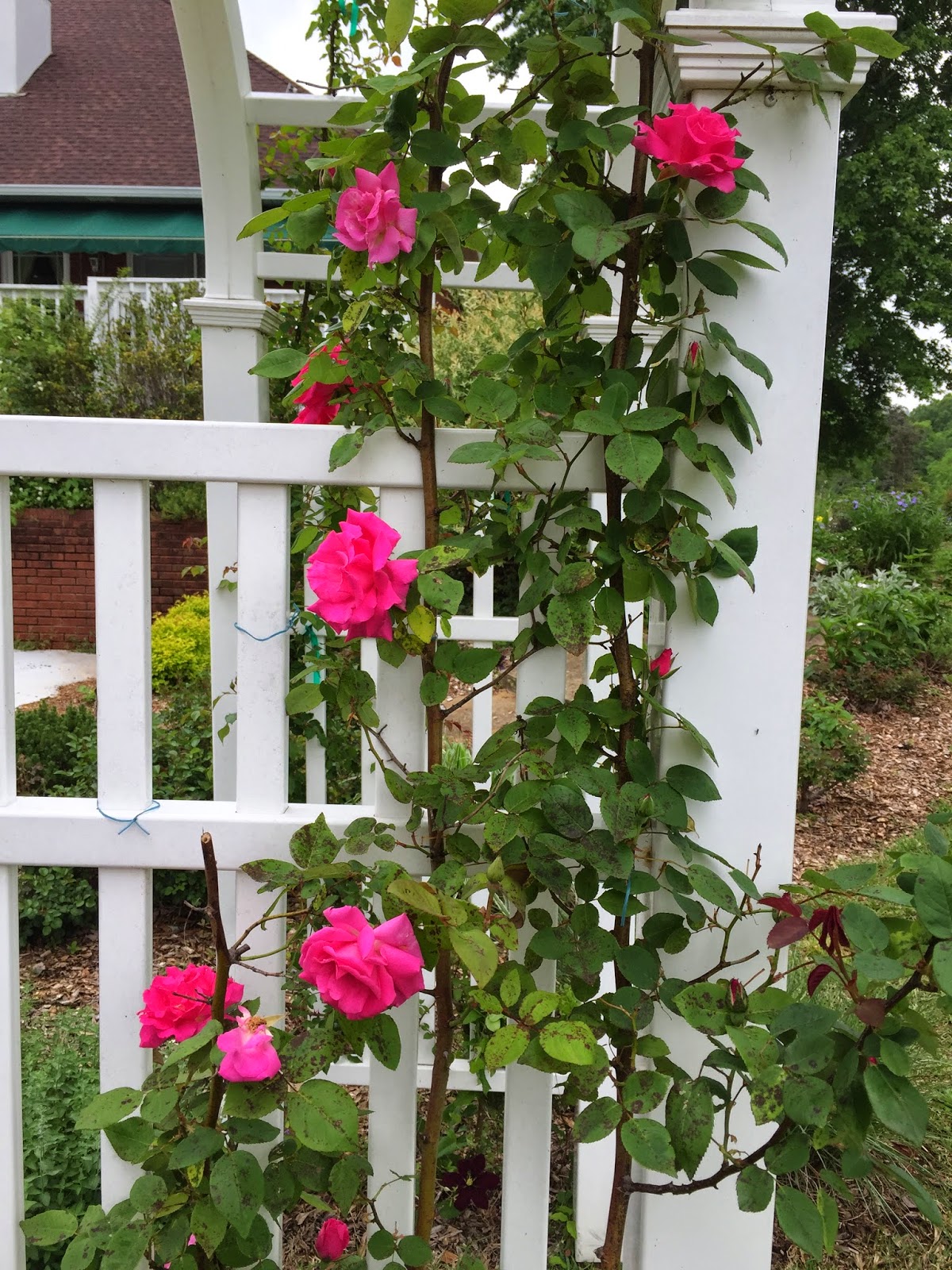 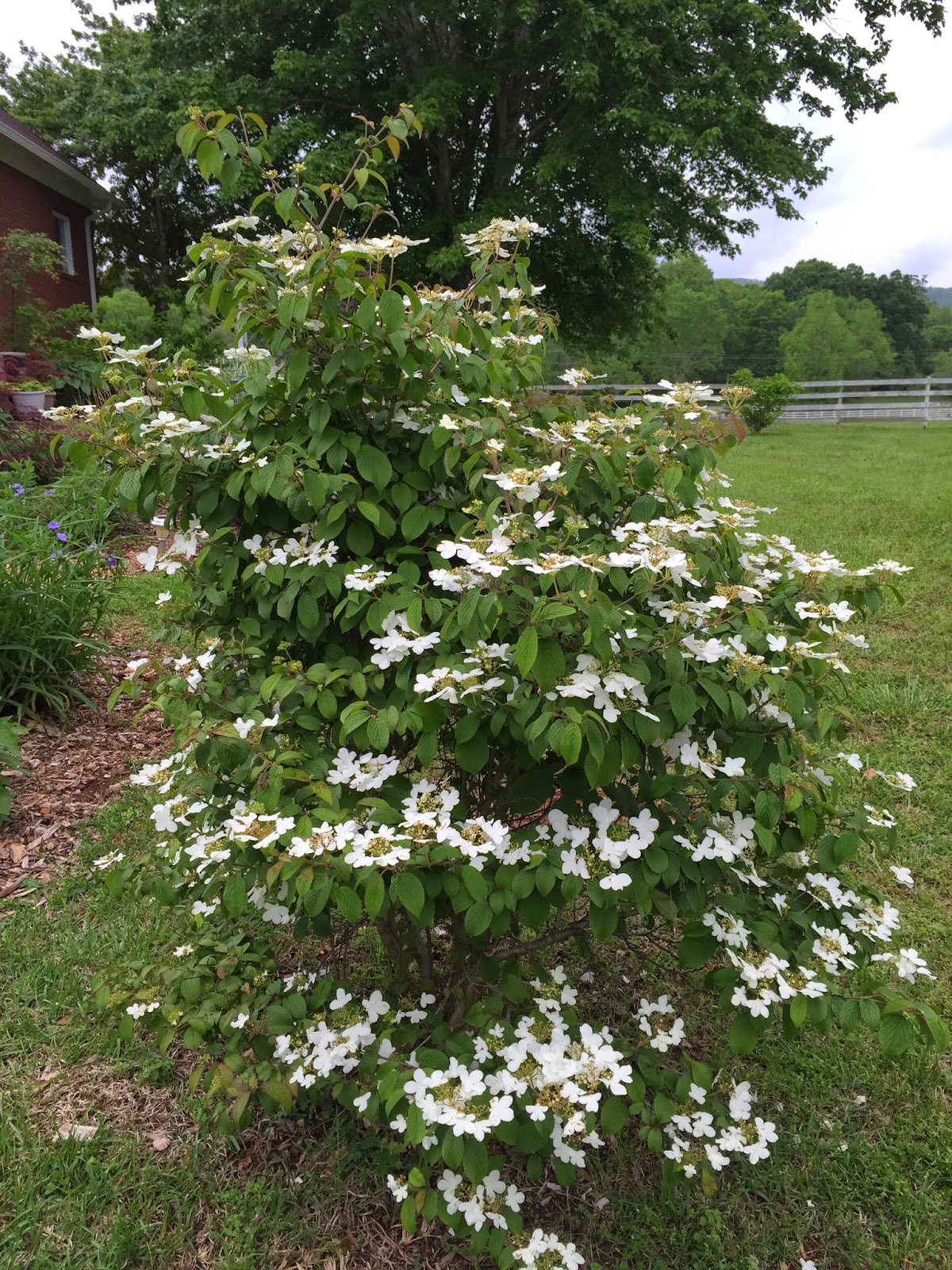 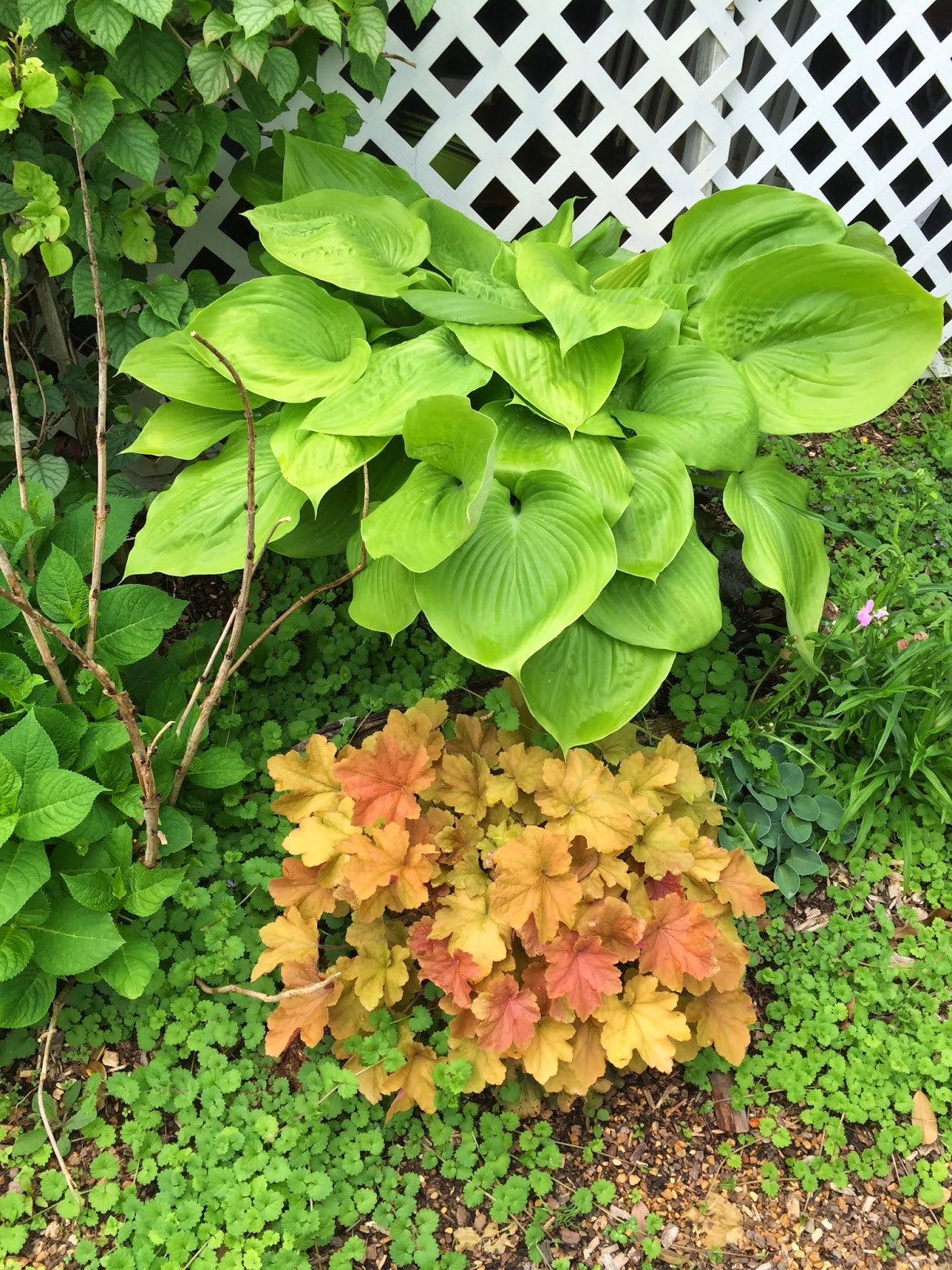 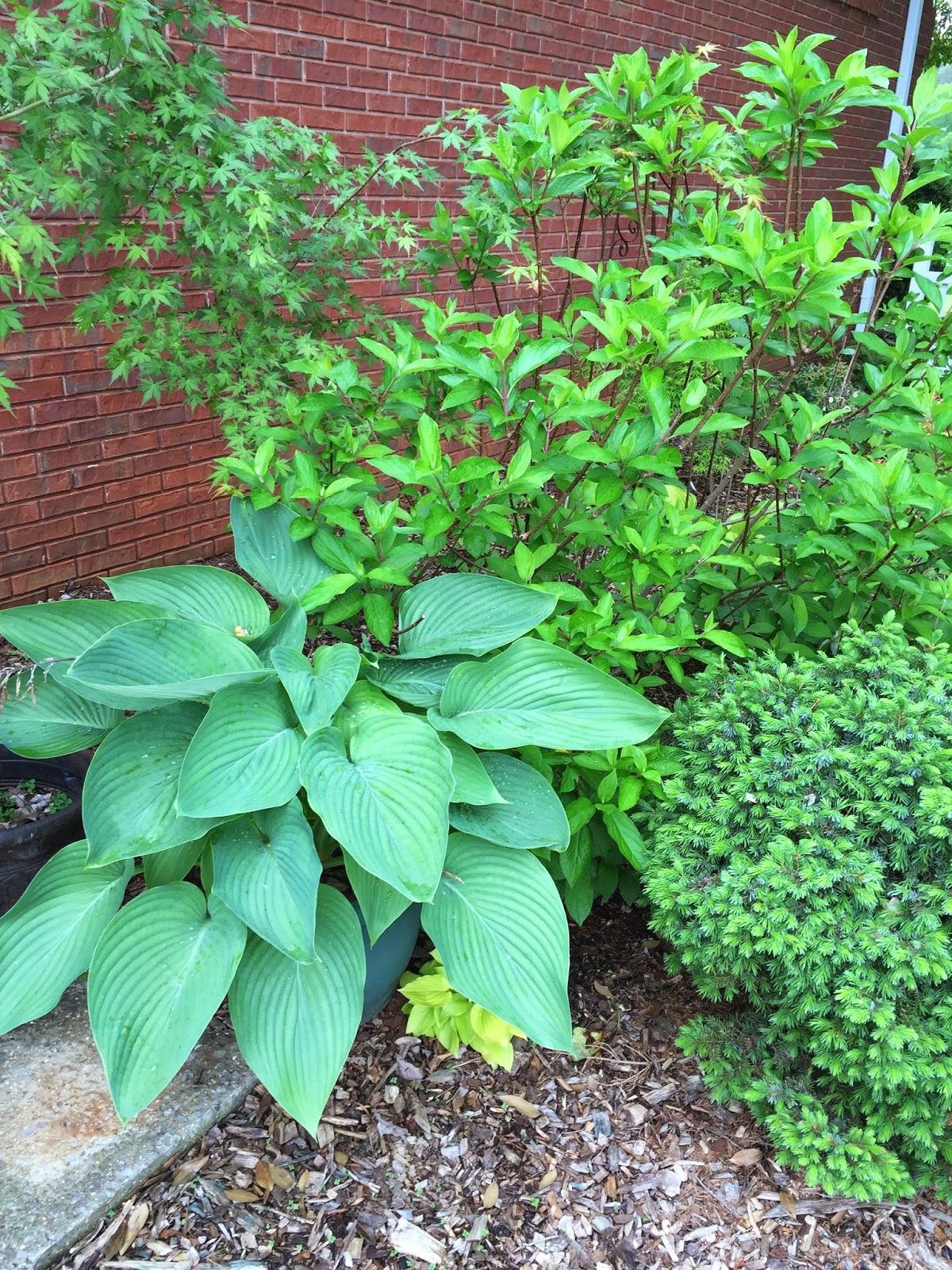 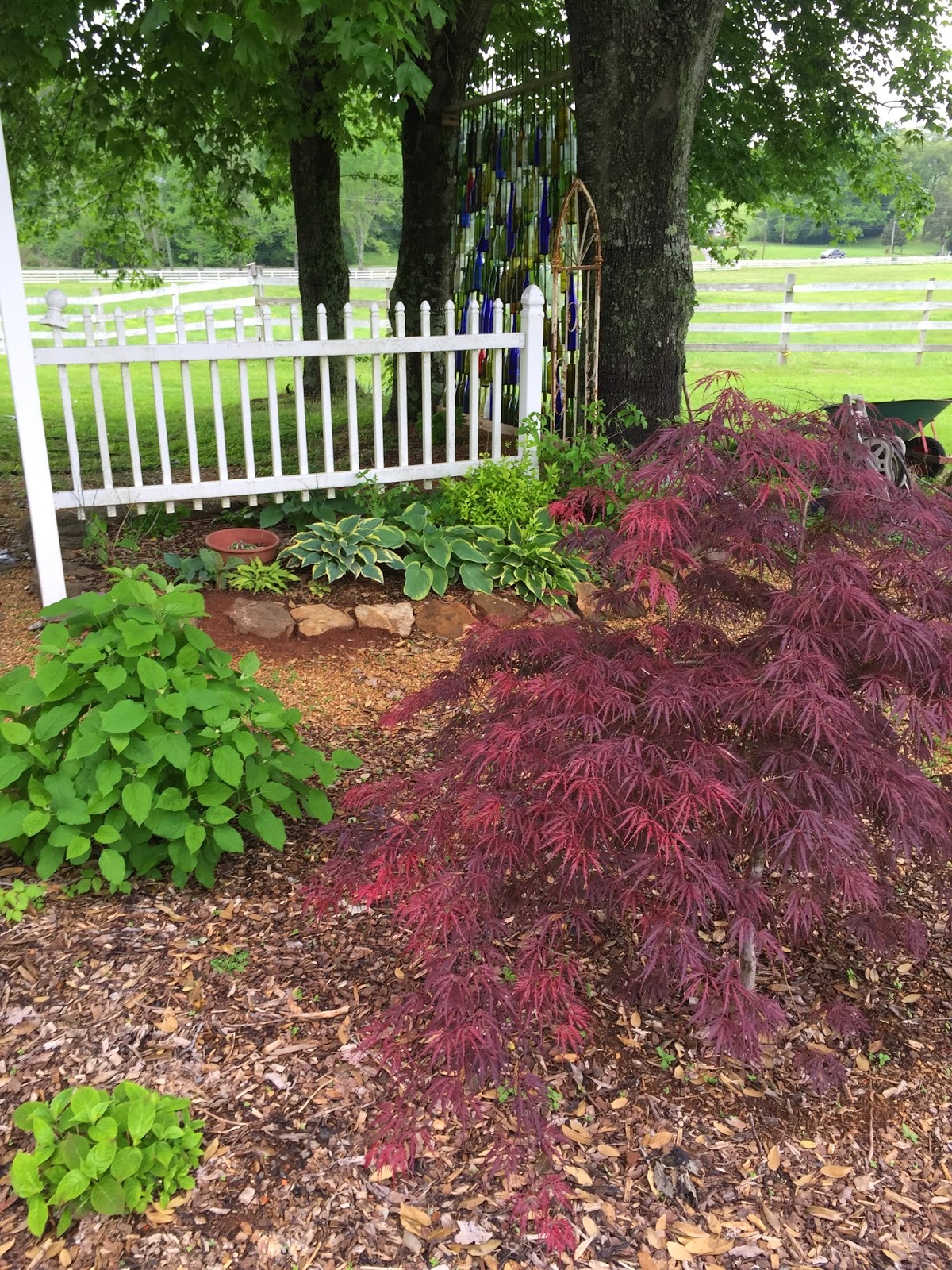 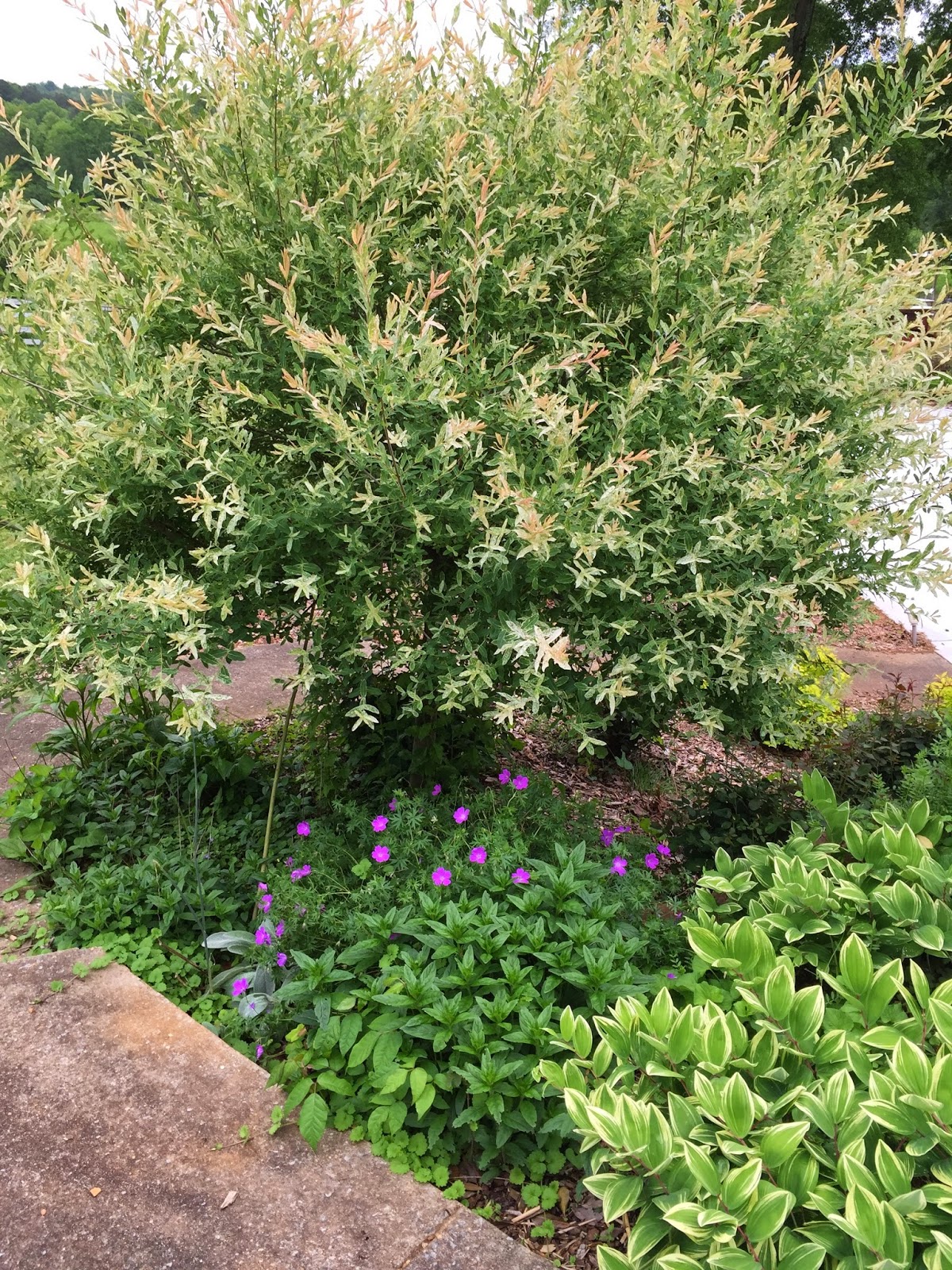 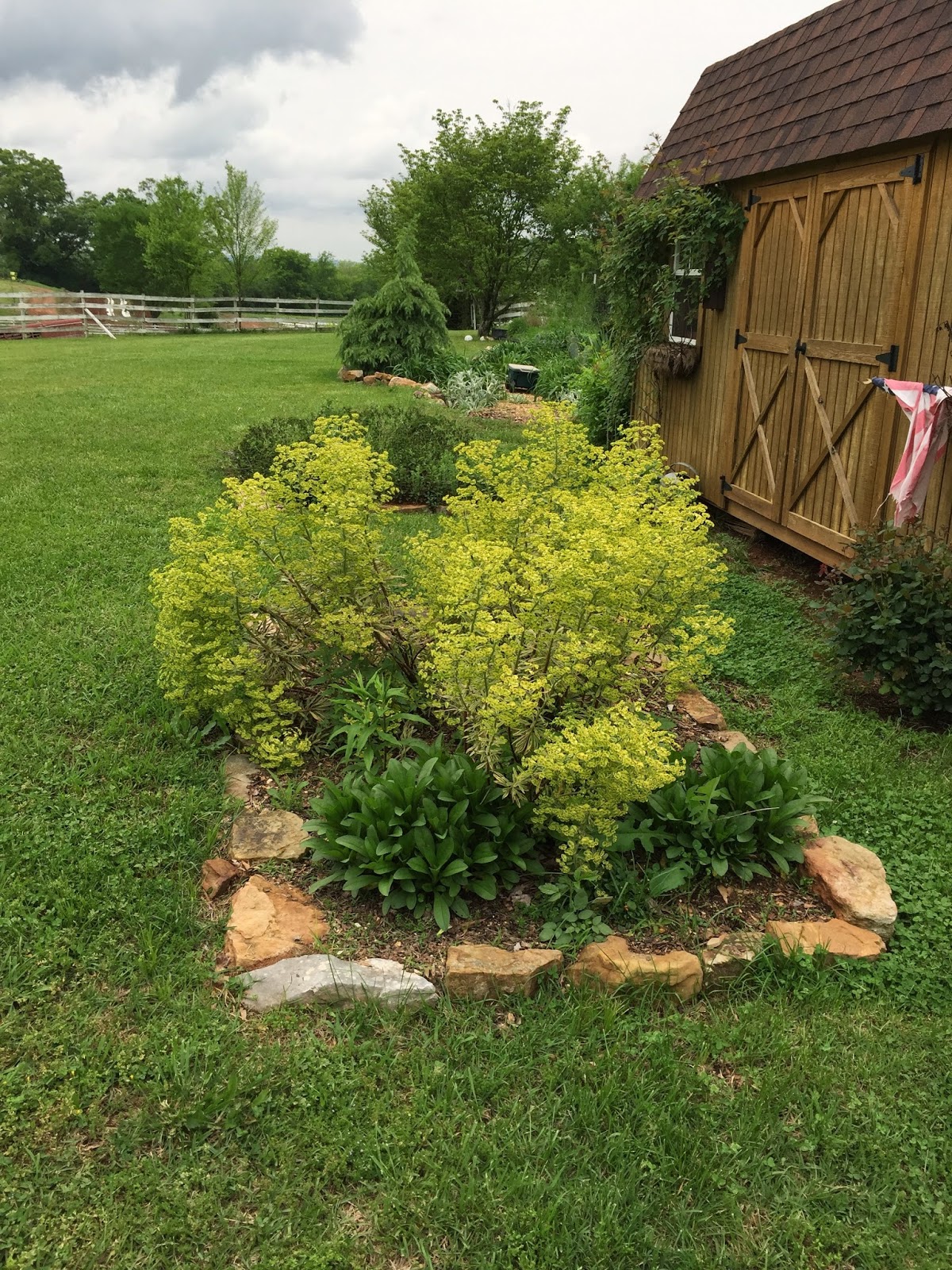 This past Friday we attended Antiques in the Garden at Petals from the Past in Jemison and bought these two lovely roses ( Katy Road and Julia Child ) and a few perennials home with us. 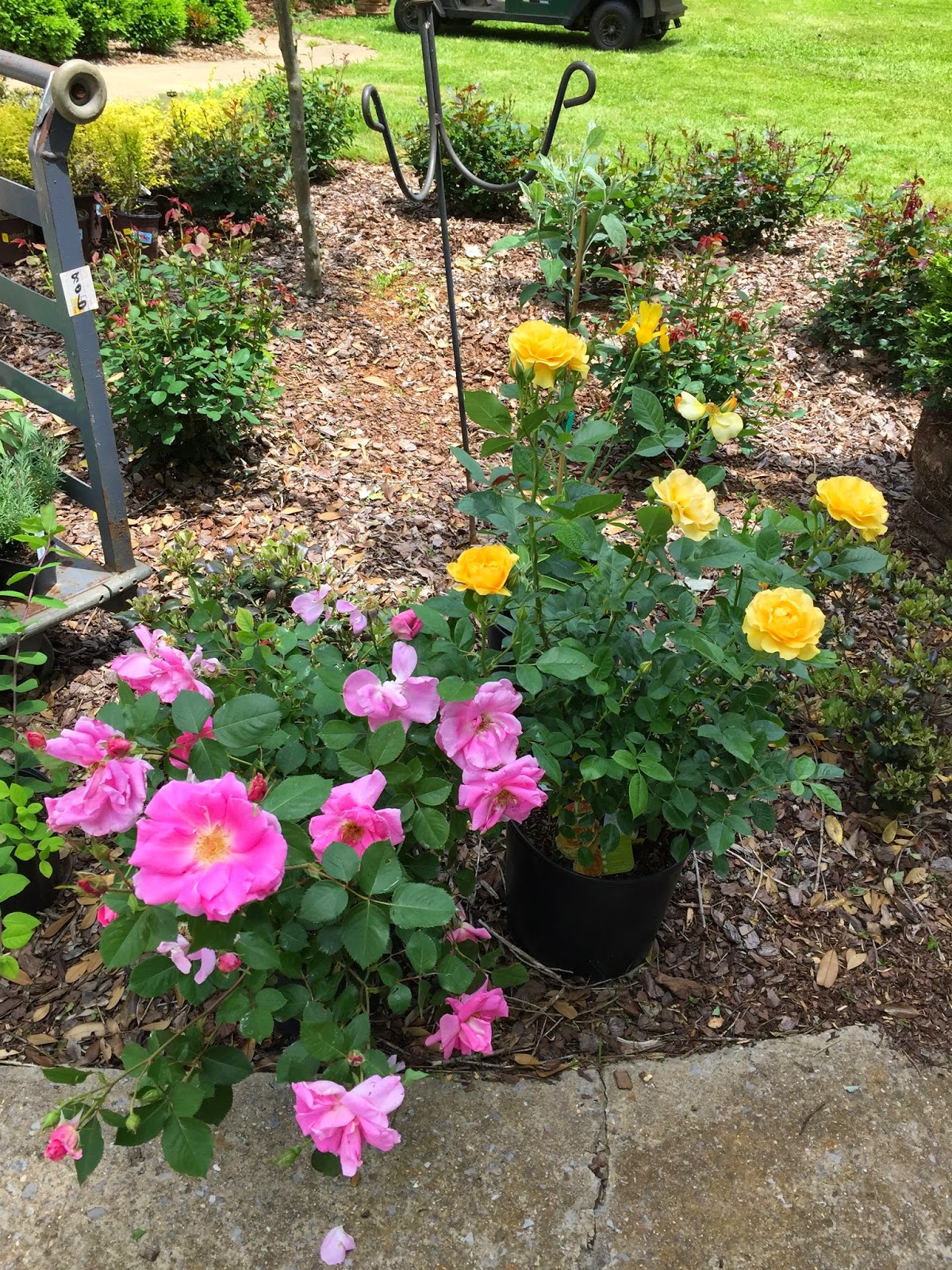 Today was a great day in the garden!  I was able to construct my cucumber trellis using cattle panels and t-posts. I planted National Pickling Cucumbers and Armenian yard long cucumbers.  This is how it looks finished. 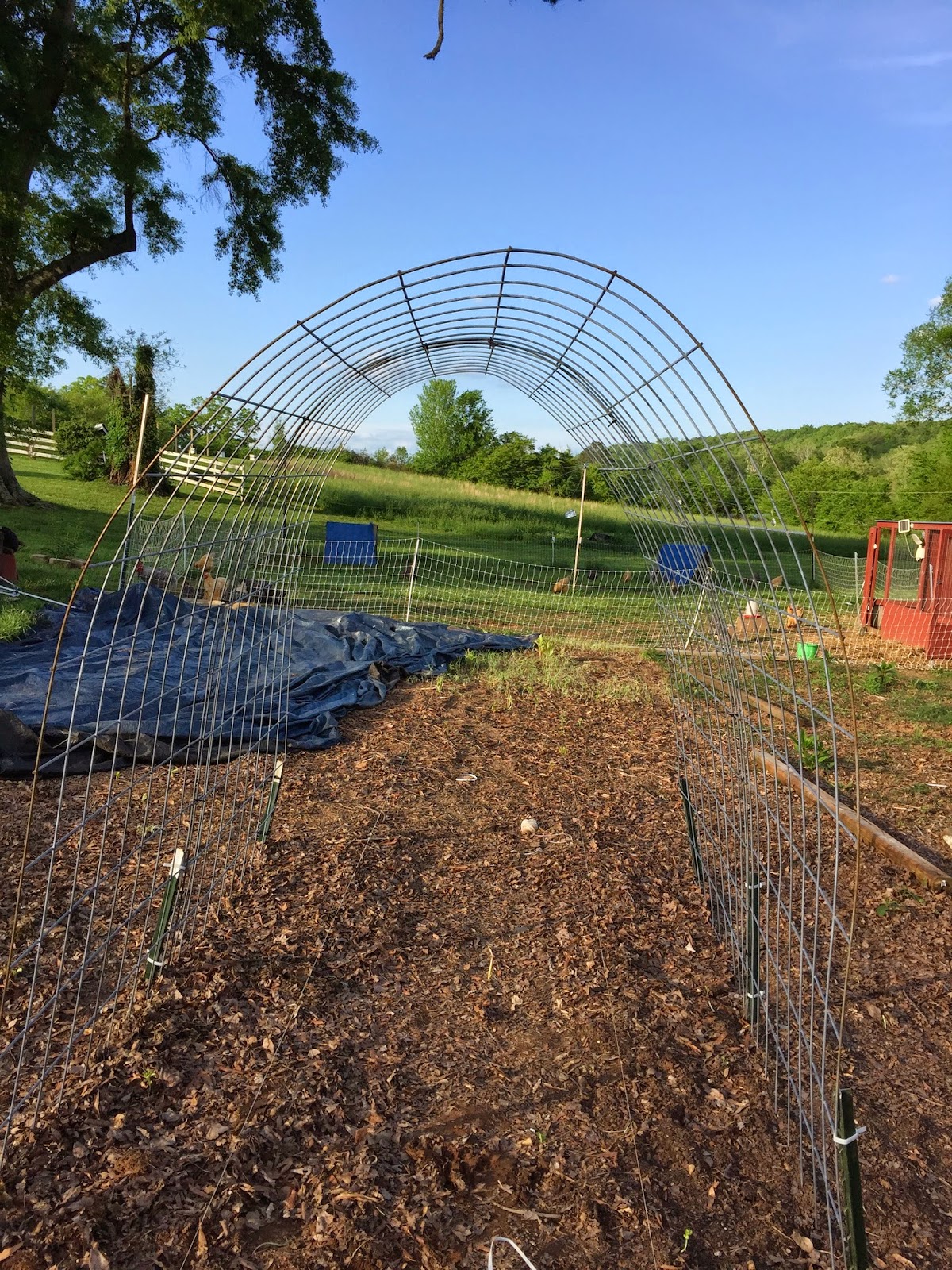 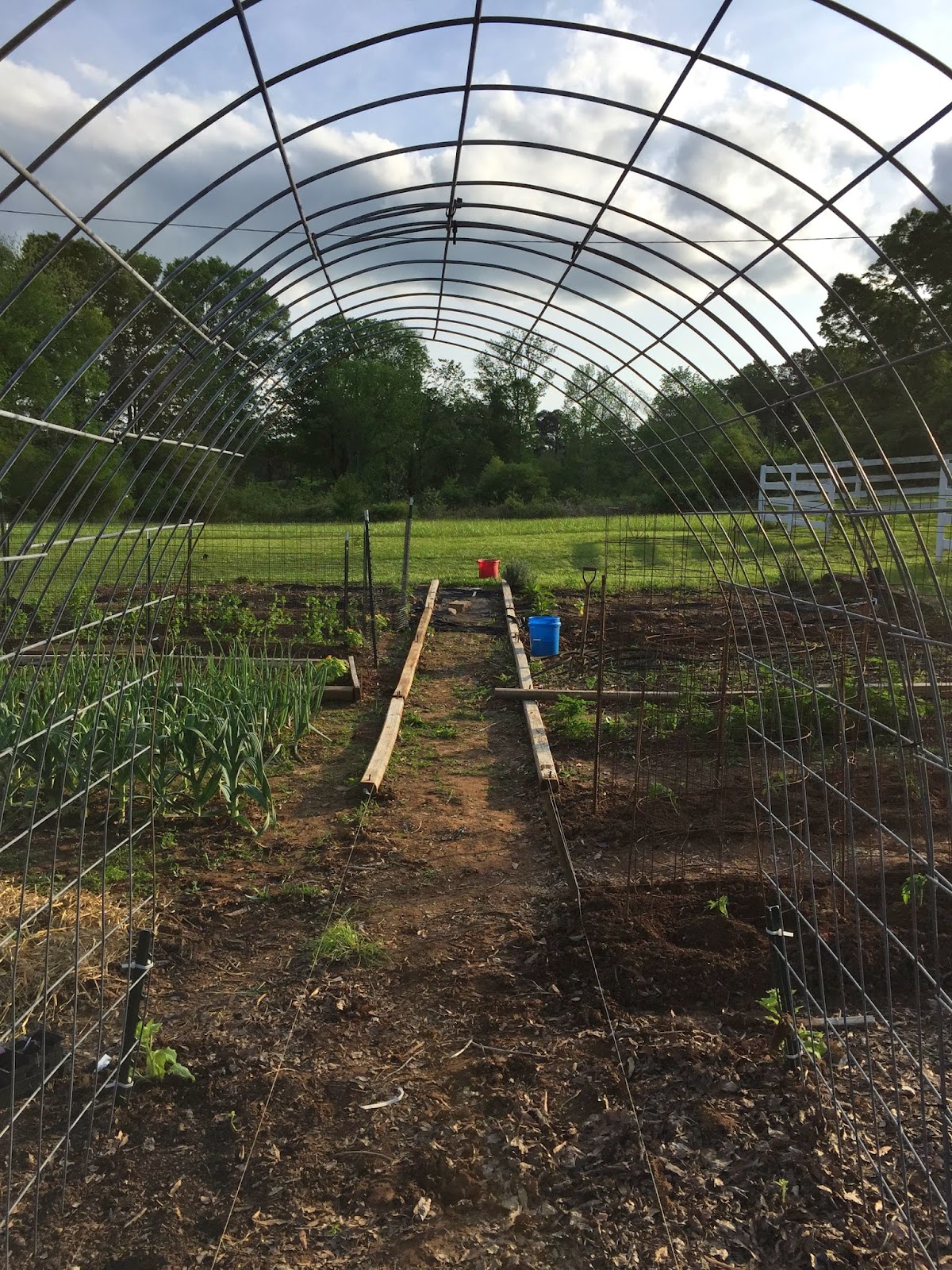 I may add another section later on for beans and/or tomatoes. I was able to get most of my tomatoes planted today along with the crookneck squash.  The peppers are in and tomorrow I hope to get the zucchini and the Roma tomatoes planted. Hopefully, the weather will cooperate this week and I can get most of the garden planted so that I can get some other projects started as well.

Well, that's it for now. Have a great week!