After a week hiatus, we continue our story......

JULY:  We started off this month with a visit from our niece Sena and her husband Tyler and daughter Ollie.  Ollie likes to help in the garden and her aunt Cynthia with the chickens. 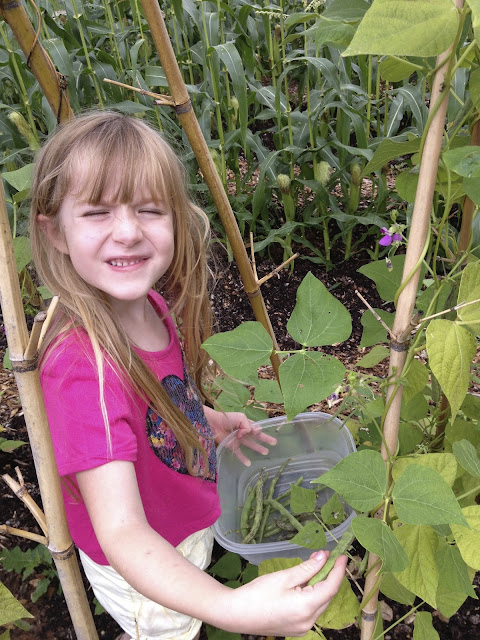 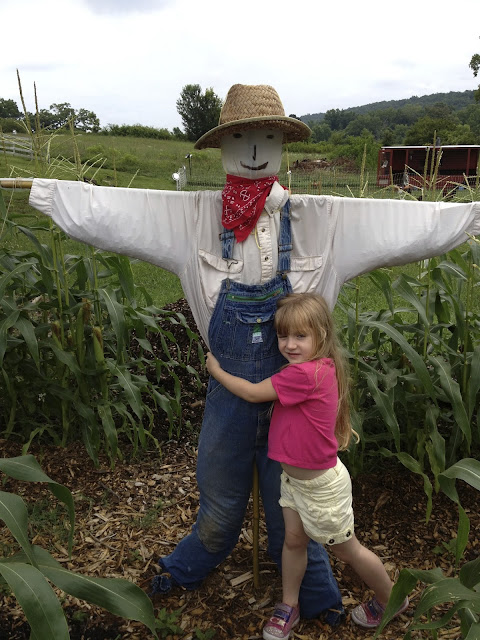 The garden is thriving despite intermittent monsoon caliber rainfalls. Fortunately, the wood chips have minimized the amount of wash going through the garden. I also added some railroad ties to the upper boundary of the garden which has helped a lot. 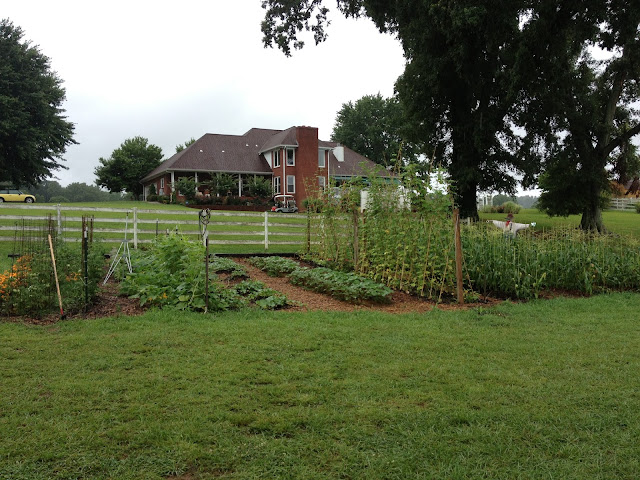 Bounty from the garden.

July 12th- Harvested approximately 200 ears of corn (Peaches and Cream) in addition to tomatoes, cucumbers, squash, zucchini, and rattlesnake pole beans.  I have not sprayed any pesticides on any of the crops. Instead, I have planted companion plants like marigolds and borage which are supposed to attract the harmful insects. 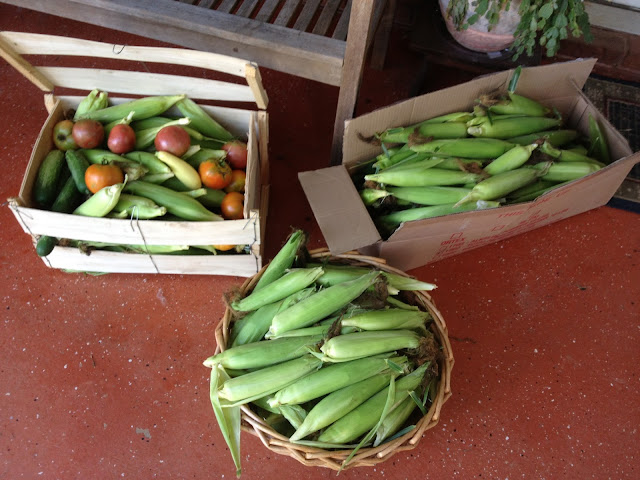 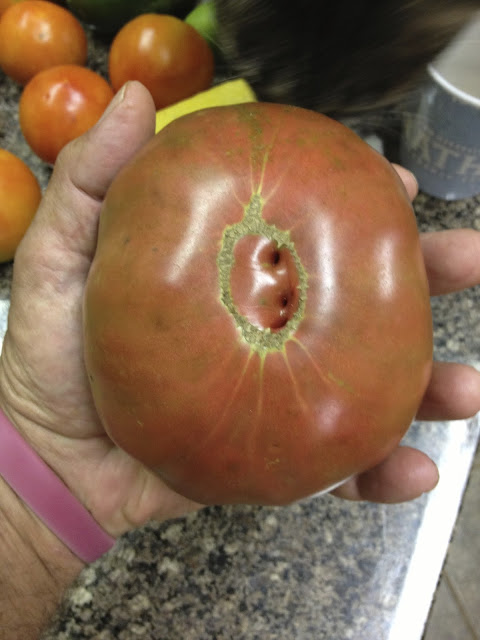 Borage:  Pretty blue flower which attracts insects that are harmful to squash and cucumbers. Bees love borage, so it was another reason to plant this lovely plant. July 13th: I first experience in harvesting honey. In June we ordered our honey extractor in anticipation of harvesting honey sometime in July.  The extractor is made by Maxtant and is stainless steel and has a variable speed motor for spinning the honey from the frame, and is capable of holding nine frames at a time. It really makes the process so much easier than manually spinning the frames. It took about 2 1/2  hours to extract almost 9 gallons of honey. 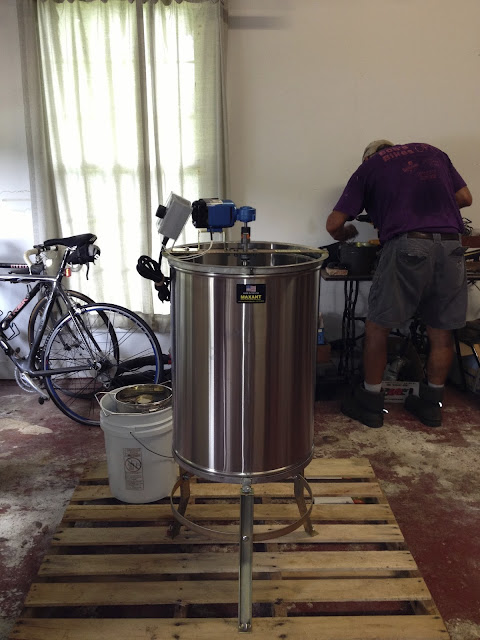 We bolted the extractor to a pallet to help stabilize the unit while spinning. 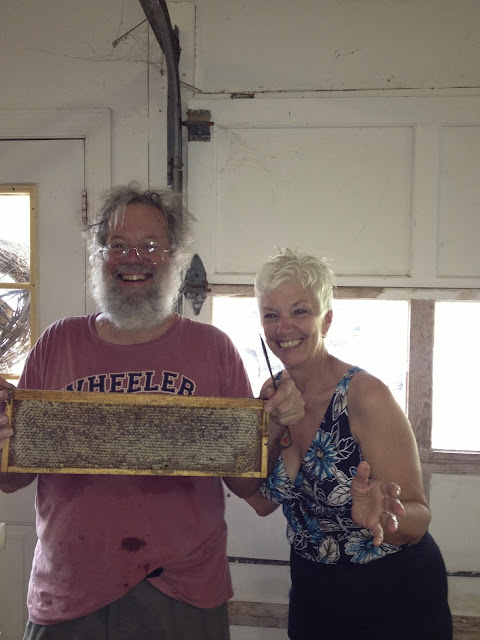 Cynthia and Mike with a frame filled with honey.

Dusty and the coneflowers 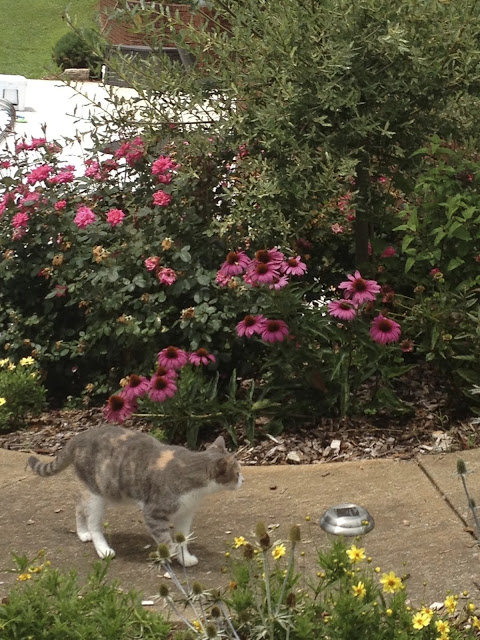 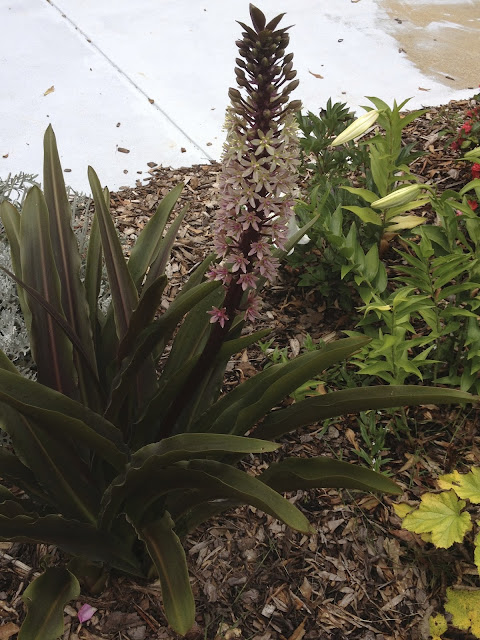 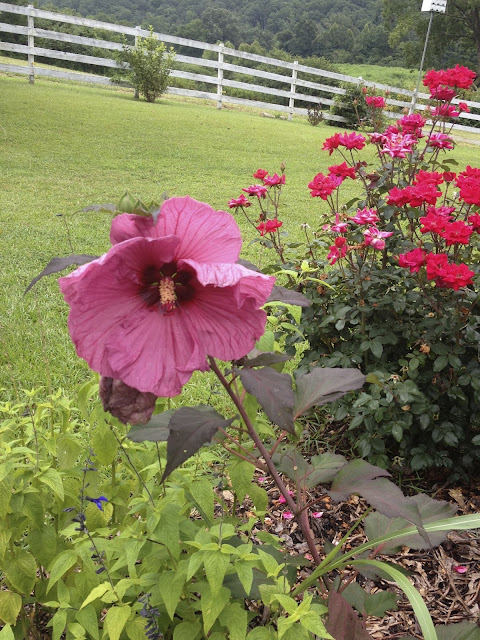 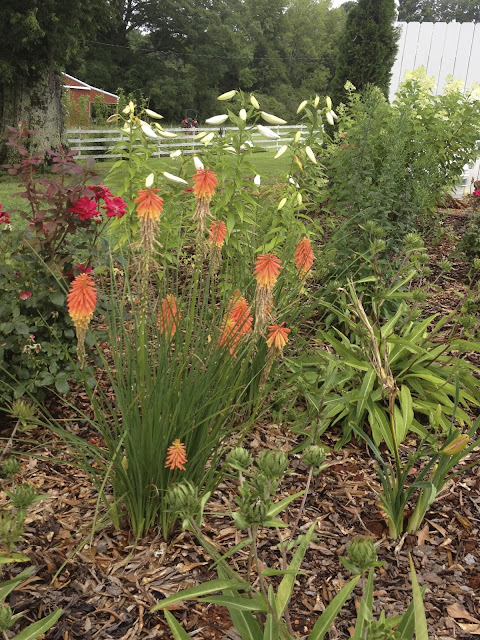 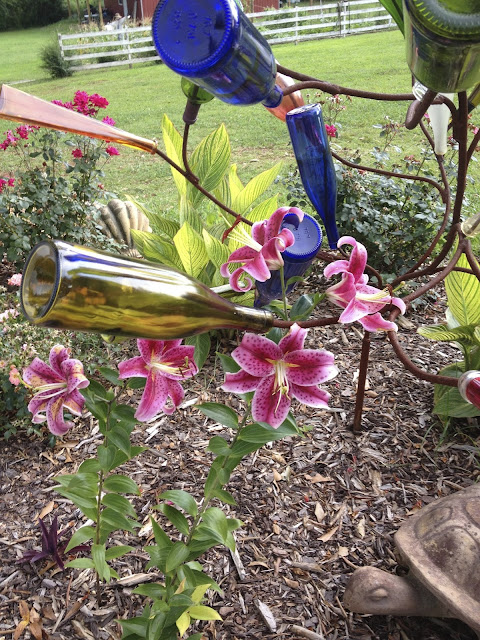 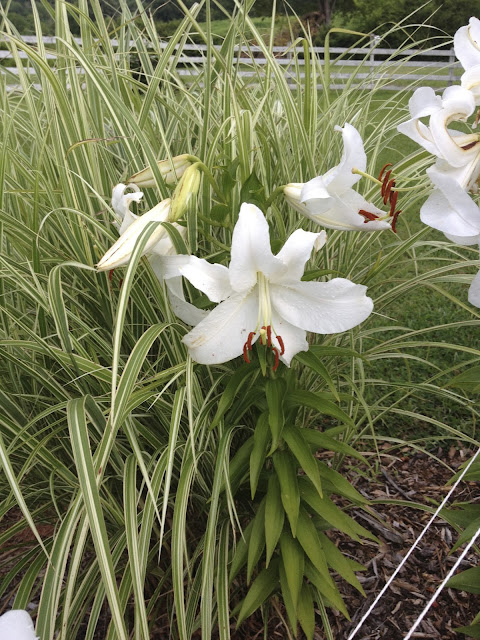 Humor in the Garden

When I staked my pole beans I failed to cut the canes back to a reasonable height. What was I thinking?  Anyway, it has make picking the beans interesting this year. 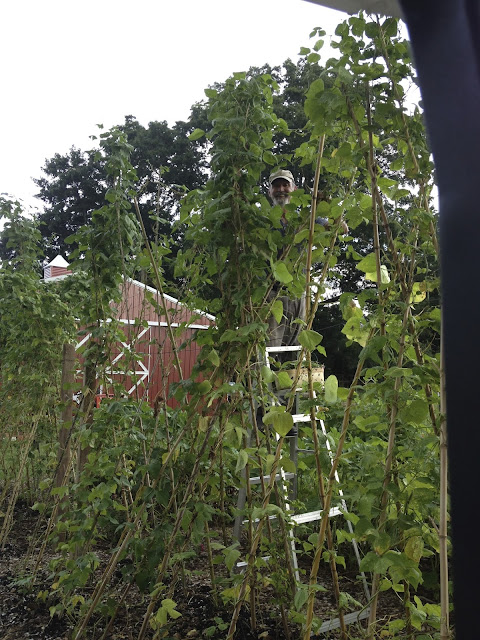 The older hens are doing fine with the exception of egg production which is due to several of the hens molting. Feathers fall out and new feathers are made. Feathers are about 85% protein, so most of the hen's energy is directed to making new feathers.  The young chicks are loving their new coop and large yard. They have finally caught on as to when to go to roost. They continue to grow by leaps and bounds and consume over 50 pounds of layer crumbles a week. 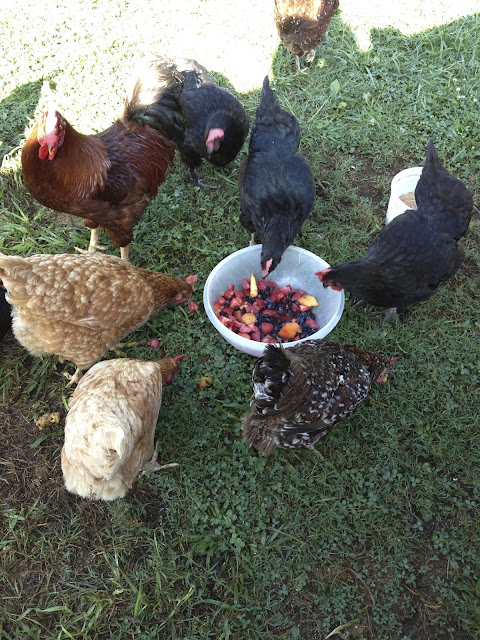 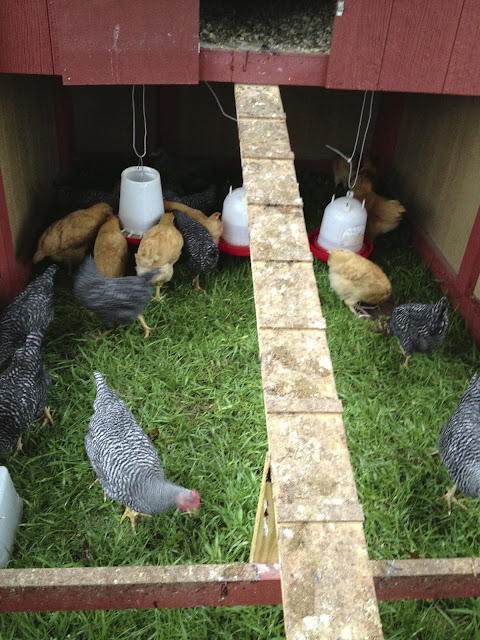 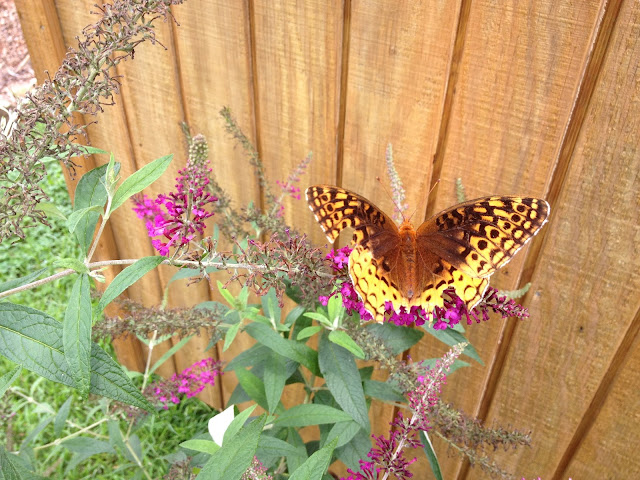