Our story takes place in the month of June.

New Project: Painting the concrete around the pool.  Used a product called Cover All from Homedepot that is supposed to fill in cracks up to 1/4 inch. Used concrete patch to fill in larger cracks before painting.  Although it is not perfect, it was about $10,000 cheaper than the quote we got. I can live with that!. 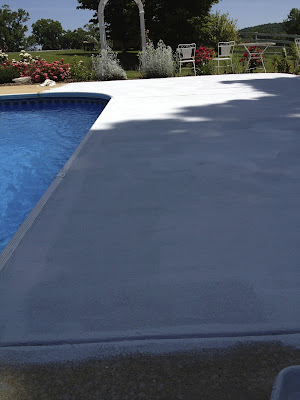 Bees:  Mike came out and we checked the hives to see how they were adjusting to their new home. The  large hive is doing very well, but the smaller, weaker hive is still questionable. We will have to give it some time and evaluate it later. 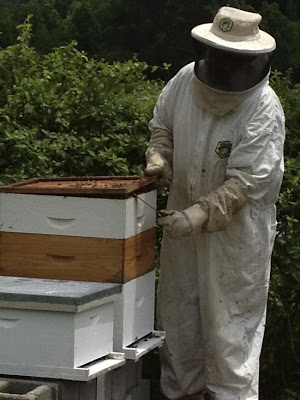 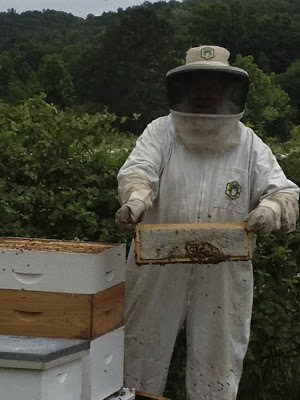 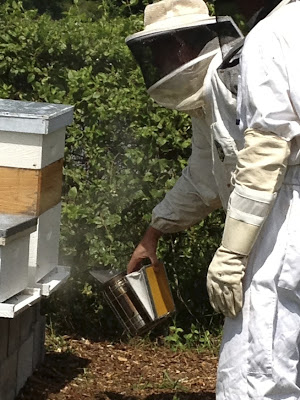 Cheeps:  Our new chicken tractor is delivered and ready for the chicks. 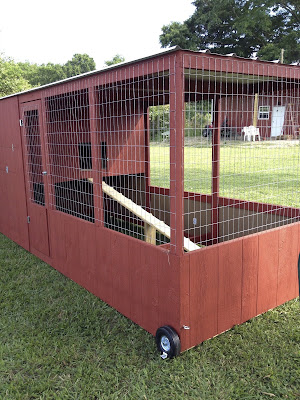 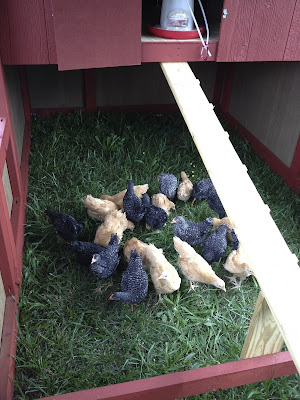 The chicks love their new coop but we found out very soon that they don't know when to go to roost. So, every night Cynthia and I go down and put them in the roosting box for the night. Hopefully, in a couple of weeks they will begin to catch on. It a way this is good, in that we handle them everyday so they will get used to being picked up and handled.

Strawberry Snakes: Cynthia and her mother were checking on the strawberries and discovered our resident snake was tangled in the bird netting covering the strawberries. With the aid of our daughter Mary Kathryn and her husband Matt we spent about half an hour freeing her from the netting. Fortunately she was not injured and was returned safely  to the hollow tree trunk she calls home. 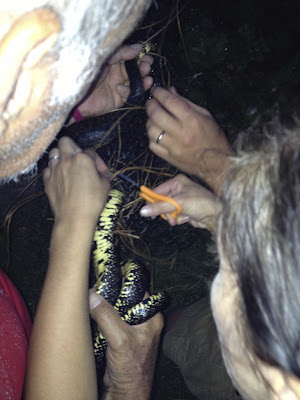 From the flower garden: 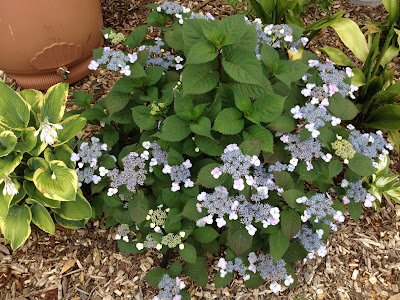 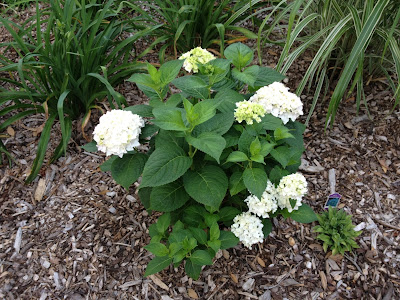 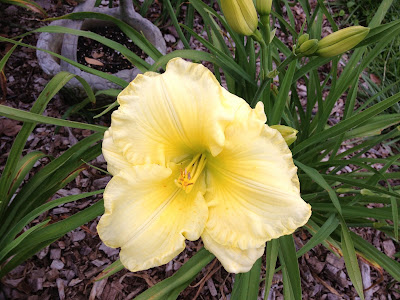 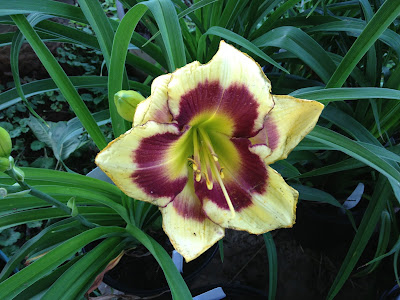 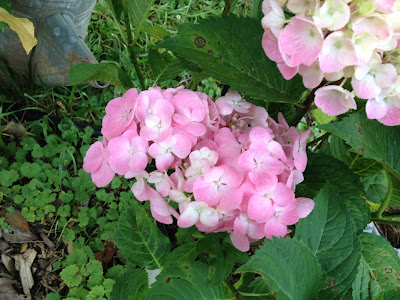 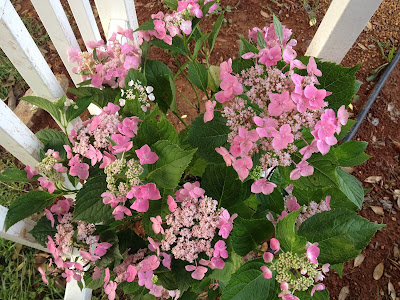 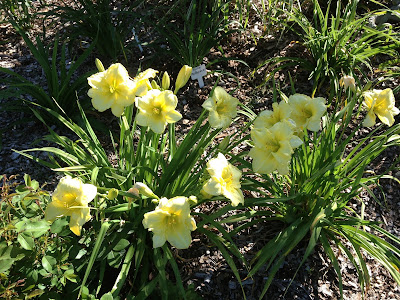 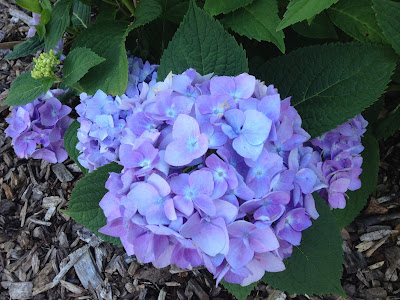 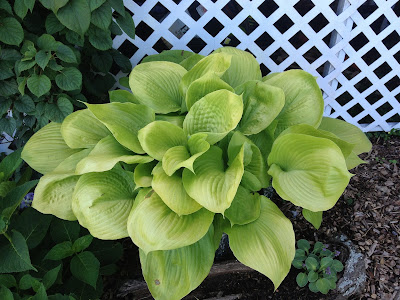 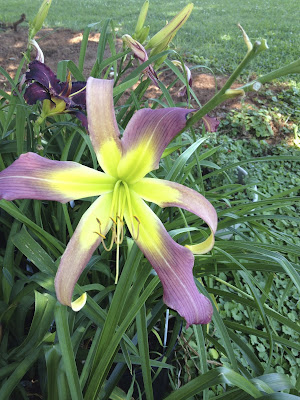 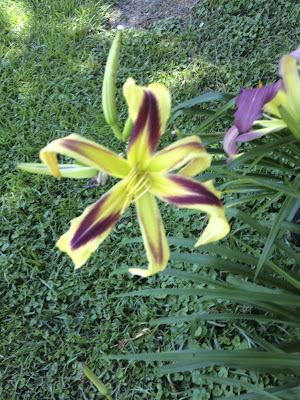 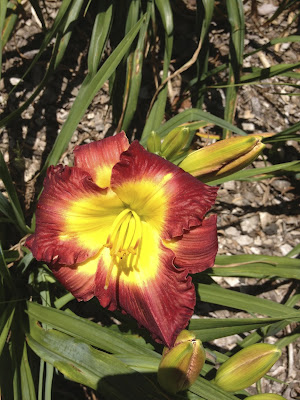 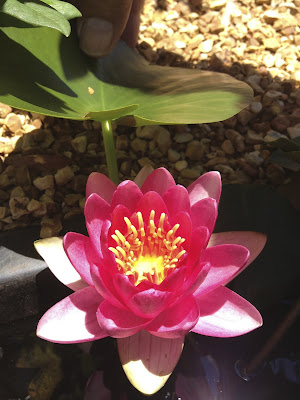 IN THE VEGETABLE  GARDEN:  I planted Borage for the first time with  with my cucumbers and squash. It is supposed to attract the bugs that wreck havoc on these plants. 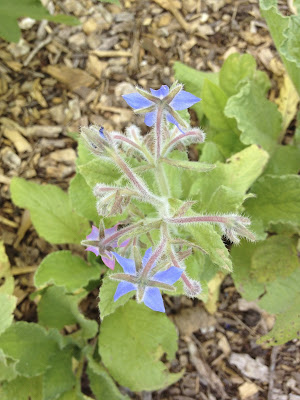 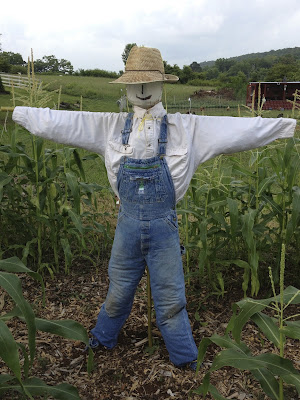 The corn is starting to tassel! 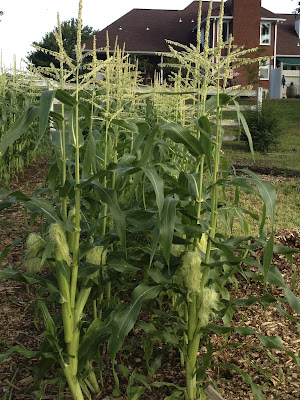 ANOTHER PROJECT STARTED:   With the monsoon rainfalls we've had this year, water has been coming into the barn with heavy downpours. I decided that the best remedy for the problem would be a french drain.  So on June 28th the french drain was installed. 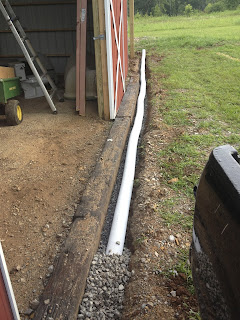 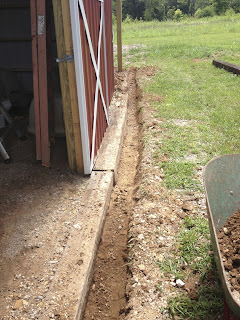 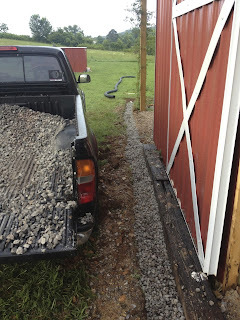 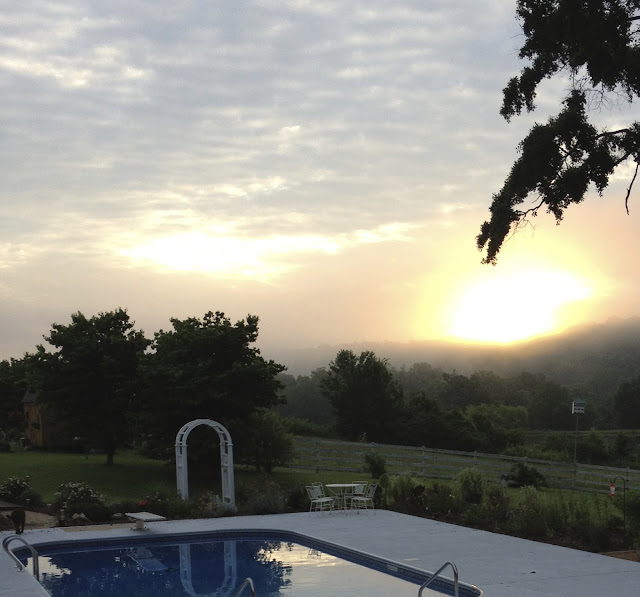