A New Year, A New Beginning

For some time now Cynthia and I  have wanted to find a house with a little acreage so that we could have a larger vegetable garden and have a place for a chicken coop and some chickens. A couple of years ago we found a place that we planned on buying but because of various problems and restrictions it just didn't work out. We had all but given up on pursuing our dream and resolved ourselves to remain in our current home and develop the back yard which had been the dogs domain for all these years, and create a new home for  the giant "Buddha" head I purchased several months ago. ( See earlier post ).

My wife's father's health has declined dramatically in the past year and he recently developed diabetes requiring daily blood sugar monitoring and Insulin injections. Cynthia retired last year so that she would be available to help her parents because of her father's declining health and to relieve some of the health care burden from her mother.  Because they are both elderly, 88 and 85 respectively,  we had decided that if we could find the right place we would move and have her parents move in with us so that we could help care for both of them.  Recently Cynthia's dad had to stay three weeks in a nursing home for physical therapy and it was very apparent that he would not choose to live there if at all possible.

About a month ago, our daughter Mary Kathryn and I were on our way to a chicken meeting at the "Old Fart's Farm" ( no, I am not kidding) in Springville and saw a "For Sale" sign in front of a house that I have admired for years.  We both could not believe that it was for sale and Mary Kathryn immediately tried to look it up on her telephone to find out the sales price, but was unable to find it.   Later, I found the listing and discovered that is was a foreclosure sale and that it would be sold "as is" and the listing price was far below the appraised value for the house and the five acres that came with it.  I was in shock and immediately told Cynthia that we had to go look at this house. We called our Real Estate agent and asked her to arrange for us to look at the house and property. We were all blown away with the size of the house and the property. It is situated on a knoll in the middle of a horse farm with pastures all around it. The house was structurally sound but was in need of some "TLC" which could be done fairly cheaply. The only major expense we could foresee was to replace all the old windows which were in terrible condition with new energy efficient vinyl windows.

We submitted a contract to the listing agent the following Monday and were told that he was expecting multiple offers on the property and that it might come down to the highest bidder.  We waited with anticipation for several days and to our surprise none of the other offers were forthcoming and we were notified on Thursday that the bank had accepted our offer and that if we still wanted it, it was ours!
We could not believe our good fortune. The events and circumstances in the whole process just seemed to fall into place. We truly believe that we had God's blessing in this venture. An answer to both what we wanted and what we needed in order to assist Cynthia's parents. The house is large enough ( 5300 sq. ft.) so that we can move about without getting in each other's way and still preserve our privacy.

We closed on the property Dec. 15th  and officially moved in on Tuesday Dec. 20th.  We have been moving boxes, clothes, yard art and planters today for the past two weeks.  The only remaining items to move are the basement/garage and in the attic.  We hope to finish moving everything else in the next week or so.  I  plan on moving quite a few of my plants from the old house, but will probably wait until after the first of the year. Except for a few foundation plants and some trees, the new property is a blank slate that I look forward to developing it in the coming years.

So it is with great pleasure that I present to you our new home and future garden "Southern Oaks". 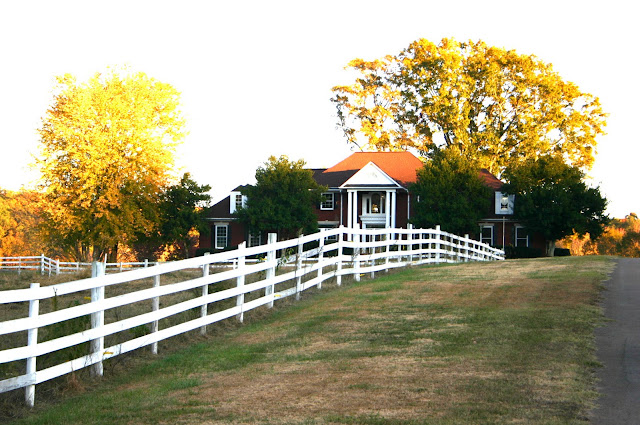 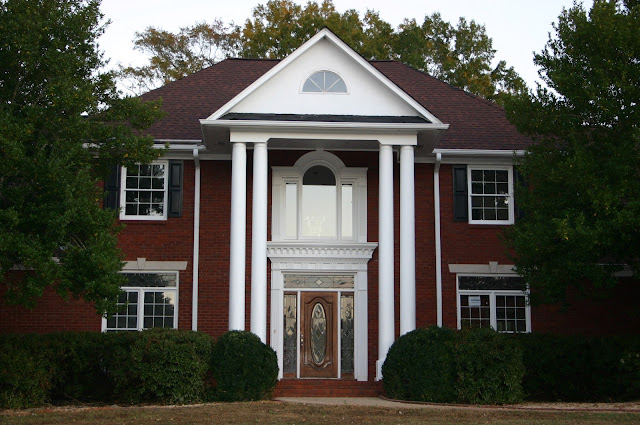 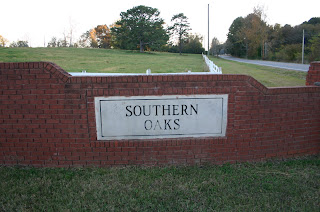 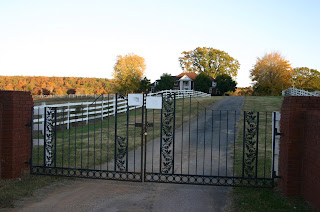