With everything revolving around "Buddha" lately, I have not posted any photos from the garden lately, so I thought I would rewind just a bit and show some pictures taken in the garden this summer.  Currently blooming is the lovely sunflower Moulin Rouge. 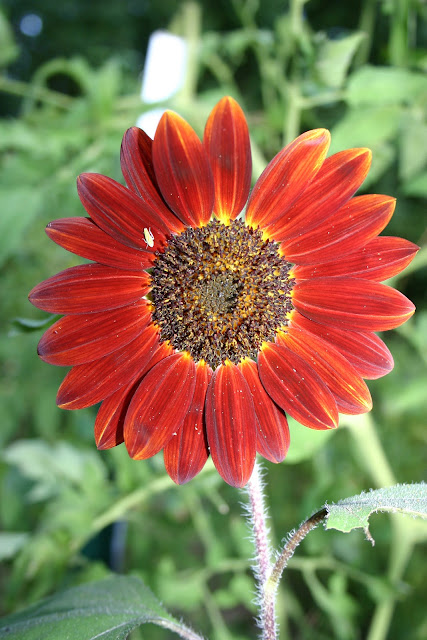 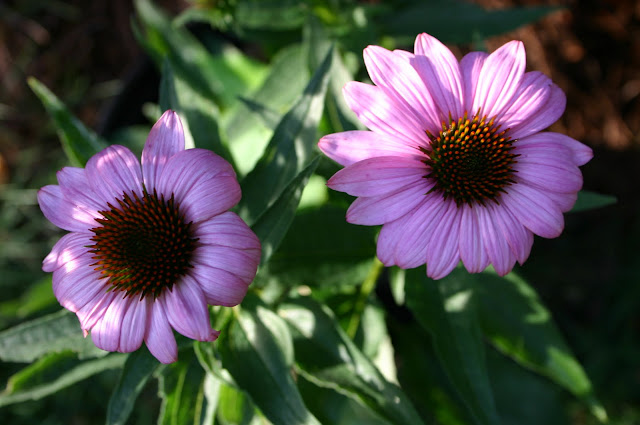 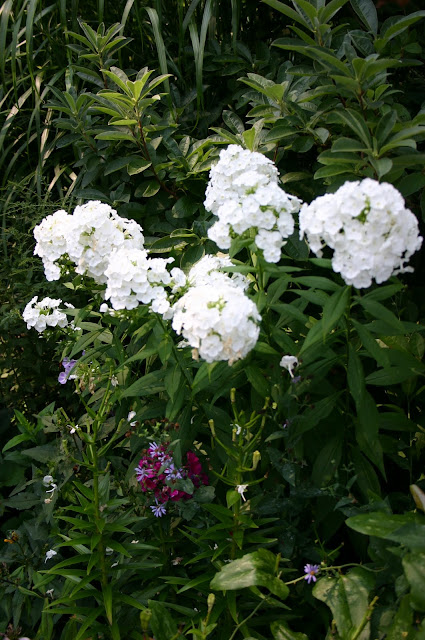 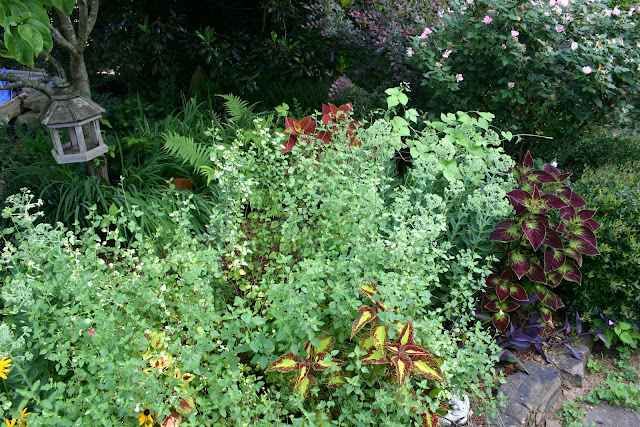 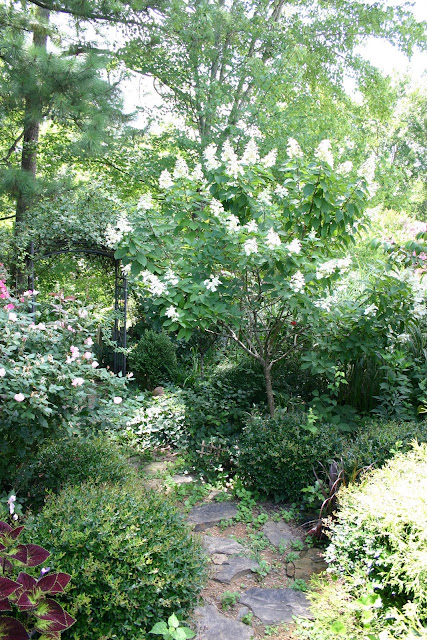 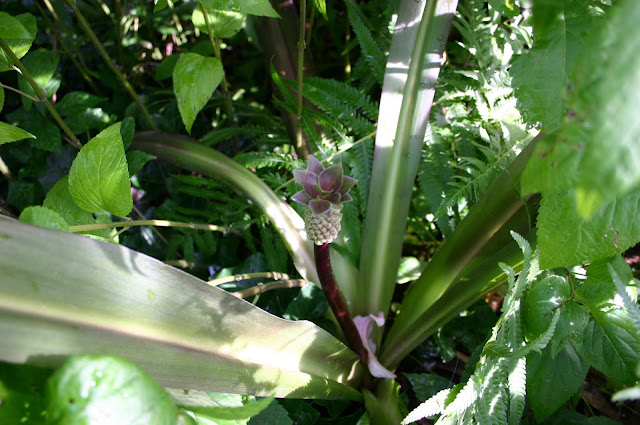 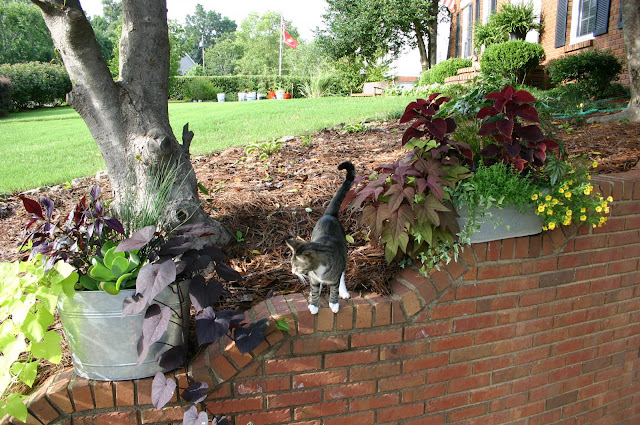 Finally, my new rainwater containers. They hold 65 gallons of water with a hose connection at the bottom. There is a planter on top that you can plant that has a self watering feature built-in.  I bought two and have them on both sides of the garage.  I have used them to water my hydrangeas in the lower garden through a soaker hose just using gravity to empty the containers. 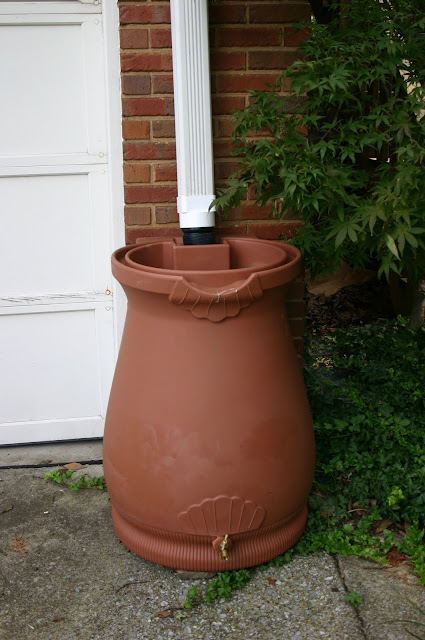 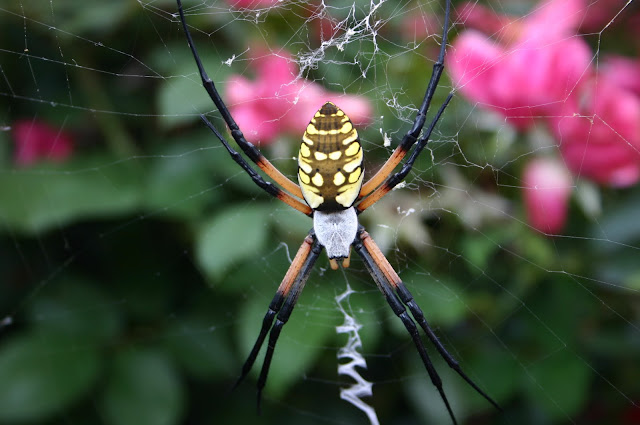 Recently, I came across this spectacular spider in the "knockout" roses. It is the spider species Argiope aurantia most commonly known as the Black and Yellow Garden Spider, Writing Spider, or Corn Spider which is a common orb spider. Orb web means it spins a web like a circle.

Female spiders are much larger than males,  growing almost an inch and a half long. Males grow about 3/4 inch long. The females have distinctive yellow and black markings on their abdomens and a mostly white cephalothorax.  Legs of these spiders are black with red or yellow bands. Each leg has three claws on the end. Like other members of Argiope they are considered harmless to humans. Because they are large, many people fear them; however, not only are they harmless, but they do a lot of good. These spiders eat large amounts of insect pests, such as flies, mosquitoes, and aphids.

These spiders prefer sunny places with little or no wind to built their webs. They can also be found along the eaves of houses and outbuildings or in any tall vegetation where they can securely stretch a web.  The circular part of the web may reach two feet in diameter. Webs are built at elevations two to eight feet off the ground.

The web of the yellow garden spider is distinctive: a circular shape up to 2 feet in diameter, with a dense zigzag of silk, known as the stabilimentum, in the center. The purpose of the stabilimentum is disputed. It is possible, it acts as camouflage for the spider, but it may also attract insect pray, or even warn birds of the presence of the otherwise difficult to see web. Only those spiders that are active during the day construct stabilimenta in their webs. The web normally remains in one location for the entire summer, but spiders can change locations usually early in the season, perhaps to find better protection or better hunting.

The garden spider hangs with her head down in the center of her web, waiting for prey to be caught. When an insect hits the web, the spider feels the vibrations and comes running. The spider can oscillate her web vigorously while she remains firmly attached in the center. This action serves to fully entangle an insect before it cuts itself loose.

In a nightly ritual, the spider consumes the circular interior part of the web and then rebuilds it each morning with fresh new silk.

Yellow garden spiders breed once a year. After mating the male dies, and is sometimes eaten by the female.

She lays her eggs on one side of the web, then covers it with a papery sac. The egg sac can be up to an inch wide. Over a thousand eggs may be inside. After laying the eggs, the female dies. The baby spiders hatch in the Fall, but they stay inside the sac through winter.

In the Spring, the young spiders leave the sac and go off on their own.  Some of the spiderlings remain nearby,  but others exude a strand of silk that gets caught by the breeze, carrying the spiderling to a more distant area. 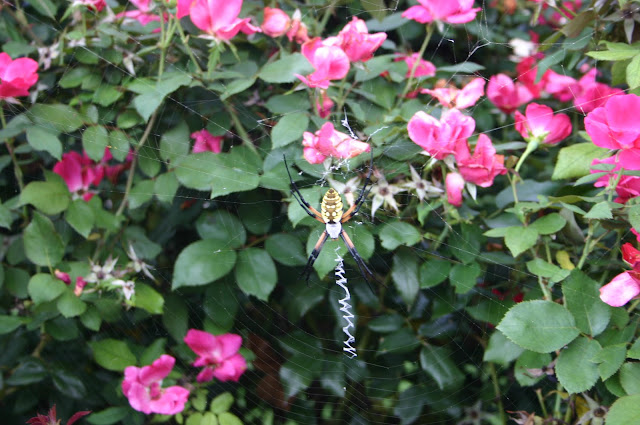 A truly spectacular spider, I hope they see fit to grace my garden for many years to come. 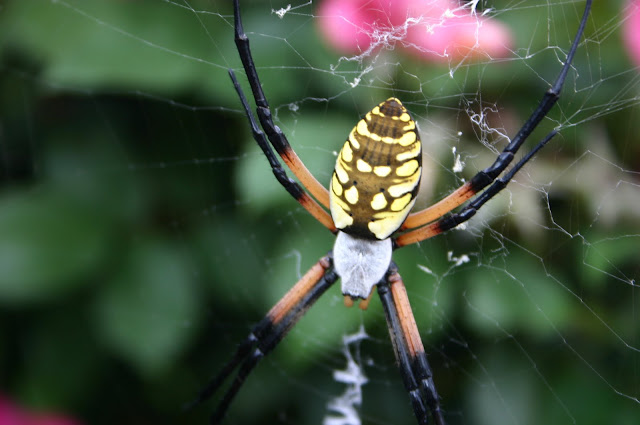 Well it is apparent that 'Buddha" was successfully removed from my truck and I am alive and well and still posting on this blog. I ended up resorting to Plan B and had the store where I obtained Buddha move him from my truck to a trailer. This will be his temporary home until his final resting place is determined. 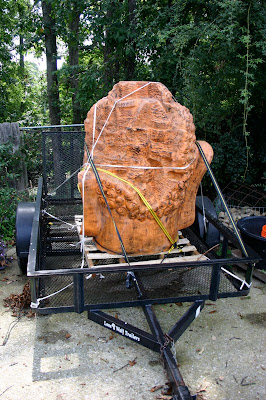 Has Buddha turned his back on me?


Not much as been going on in the garden. It's been hotter than blue blazes and what time I've spent weeding, mowing, trimming and the other routine chores has resulted in significant loss of DNA from sweating profusely to the point of severe dehydration and near heat stroke.  As a result I've been doing these duties early mornings and late evenings.

The yard has always been my domain while Cynthia has domain over the deck plantings. I wanted to take this opportunity to "show off" her efforts this summer.

The area was brightened by painting an old chair glider a bright yellow. 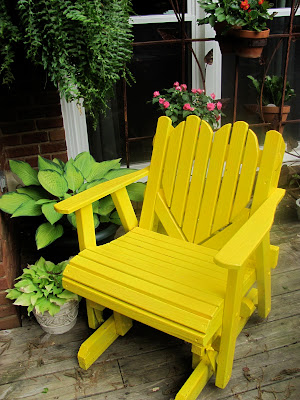 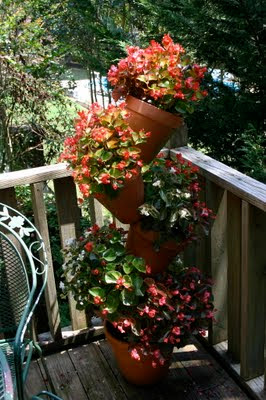 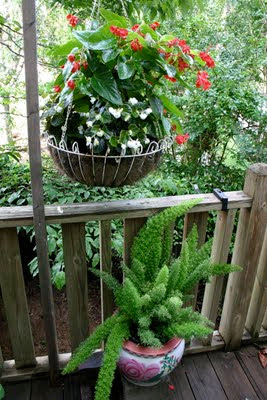 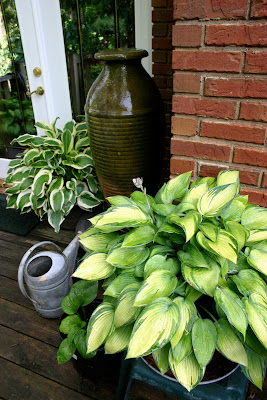 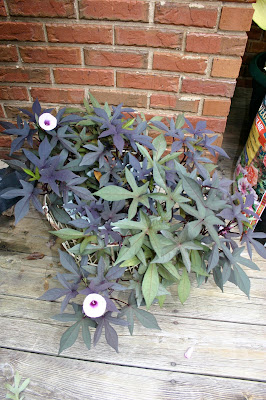 A salvaged potato vine from last year. It bloomed this year! 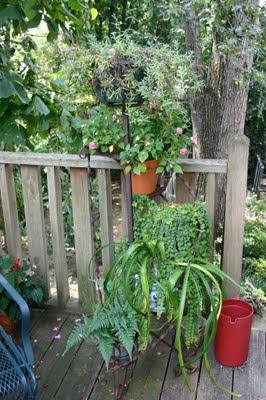 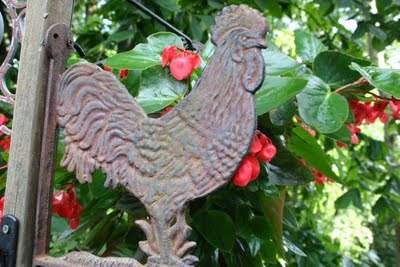 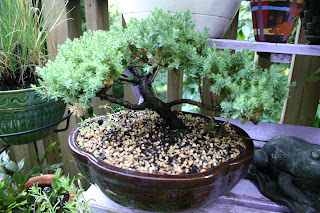 Our "one and only" Bonsai

Cynthia has done a wonderful job of planting and maintaining the container plants on the deck. It is such a joy to sit on the deck and feel like you're in a garden.  Kudos to my lovely wife!
Posted by David at 9:06 AM 2 comments: 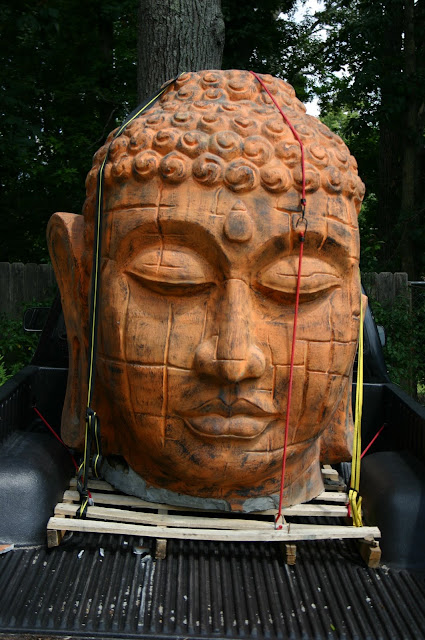 Plan B:  I have borrowed my friend's trailer, purchased a hitch for the truck and am prepared to return to the store tomorrow afternoon after work and have them transfer the "Treasure" from the truck to the trailer. My friend has assured me that he has no immediate need for the trailer and that I can keep it as long as I like. This plan will solve the immediate problem of freeing the truck so that Cynthia can use it, and secondly, it will be easier to remove from a trailer than the truck. Hopefully, the landscape people will show tomorrow and remove it which would be the easiest option. If not, Plan B will go into effect. Either way wish me luck. If I don't get this resolved this week, the next post will probably be made posthumously.
Posted by David at 12:56 PM 8 comments: