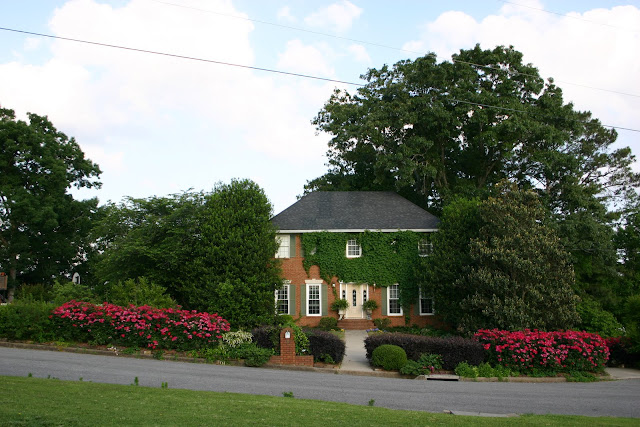 This past week has been difficult for me. It has been a week of changes. When we built our house 23 years ago I planted Nellie R. Stevens at both ends of the house. At that time, I had no idea they would ever get as large as they have become.  I also planted a  Yoshino Cherry tree on the narrow side of the yard, and it too has exceeded all my expectations. The Cherry tree had become so large it was causing an issue with the neighbors in that some branches extended into their yard. At one point, they trimmed some of the branches but the tree has become so large they would have to obtain professional help to trim any more of the branches. Also, feeder branches from the base had  migrated towards the foundation of the house which has caused some concern. After much deliberation, I finally decided to have the Cherry tree removed and the Hollies trimmed back to get them off the roof of the house. I called a professional tree removal service Friday afternoon at 1 p. m. and by 4 p.m. the Cherry tree was history, a large dead pine tree was cut down and removed from the back yard, some large branches of the huge oak tree at the end of the driveway which protruded over the roof were removed. The hollies which I had limbed up the previous weekend were trimmed back and off the roof of the house. Last of all, the virginia creeper that covered a large portion of the front had to come down so new shutters could be installed in the near future. I have to admit that I was pleased with the hollies after limbing them up to a tree form. I was sad to have to remove the virginia creeper. I thought it gave character to the house and soften the brick facade. 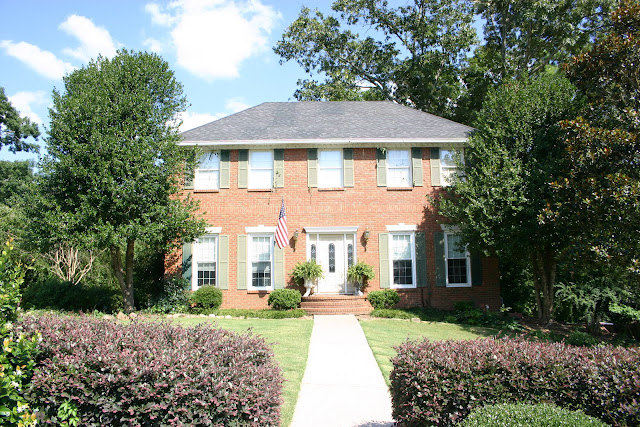 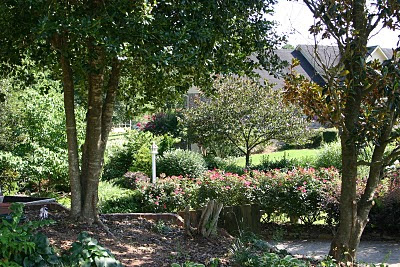 The side garden can now be seen from the front yard. 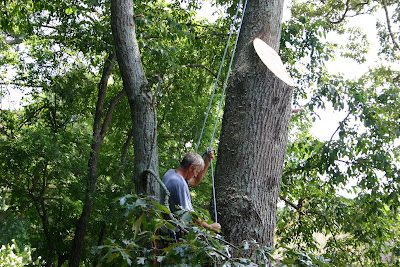 Removing a large branch from the old oak tree.
Change is sometimes hard, but often necessary. Now the challenge will be to adapt and make changes that will enhance and make the garden even better.
Posted by David at 7:07 PM

I was very encouraged to find this site.Great blog article about this topic.I wanted to thank you for this special read.
Birmingham Tree Cutting

That was great! thanks for sharing this good information....very good job my friend.
Birmingham AL Tree Removal Service